Seven years after the horrific and gut-wrenching attack on the students of APS, Peshawar, the martyrs are not only remembered with the same intensity but the pain remains the same – for the families and the nation. Yet, those who survived have not only come out stronger, but have also taken up occupations to help their people and Pakistan. 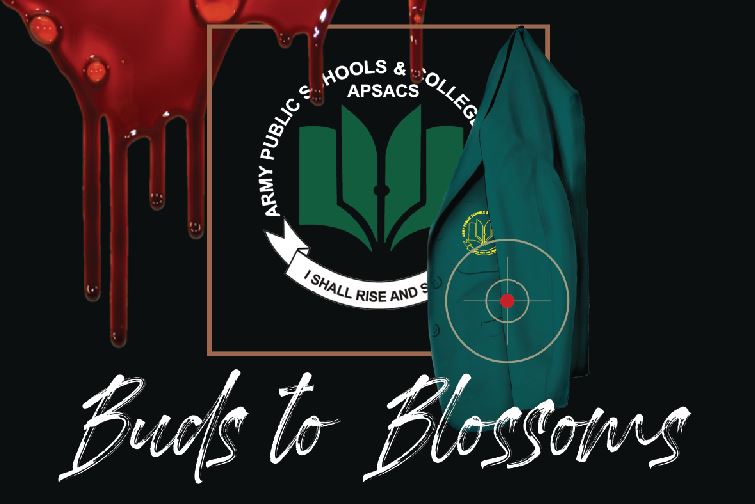 With December around the corner every year, it brings along the pain and reminder of the sacrifices of scores of our innocent youth who also became unwitting victims of beasts known as terrorists. The shuhada have written sagas of insurmountable courage, resolve and valor to sacrifice the last ounce of their blood yet the ghazis, especially those being severely wounded, need a mention too.
Pakistan's response to the War on Terror has been highly effective. During the War on Terror, the most tragic and barbaric incident in the history of Pakistan took place on December 16, 2014, when terrorists attacked Army Public School (APS), Peshawar. 147 teachers and students of Army Public School were martyred whereas an additional 125 got injured in the attack. The entire country is still saddened by this tragic incident. It is not possible to repair the loss of those martyred teachers and students of this incident. However, the terrorists involved in the incident were executed in the military courts of Pakistan Army. The entire nation stood by the families of the martyrs and supported them. Moreover, Pakistan Army launched Operation Zarb-e-Azb, neutralizing thousands of terrorists.
The cowardly terrorists who snatched away the dreams from the children in the APS attack did not succeed in weakening the resolve of the parents. The lamps of knowledge are still burning with the blood of the martyrs.
This unfortunate incident did not dampen the spirits of the families of the martyrs and the wounded. The families of the martyrs and injured victims acknowledge how the government and Pakistan Army supported them. After a lapse of 7 years, the injured students of APS Peshawar have now entered their professional life and are ready to serve the nation. A brief introduction of some of the heroes of APS Peshawar, 2014, are shared in the ensuing paragraphs. 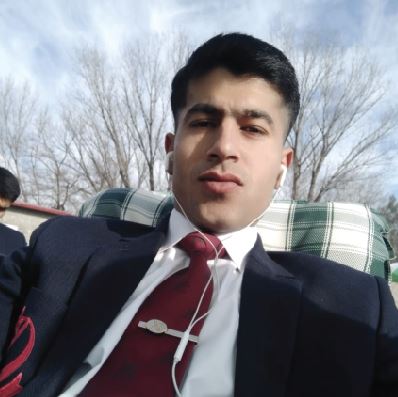 Tufail Khan
During this tragic incident, student Tufail Khan was hit by two bullets which severely damaged his hands and feet. He was given medical treatment at CMH Peshawar and subsequently at Agha Khan Hospital, Karachi.
When asked by the media reporters about his future plans, Tufail said that he had always wanted to become a doctor but his goal is now to join Pakistan Army. After 7 years of this tragic incident, Tufail has now joined Pakistan Army and is under training at PMA, Kakul.
Tufail's father, Israj Khan, said that he has five children, “My two sons, Shaan Khan and Tufail Khan, got injured in this tragic incident. After this incident I got my other three sons enrolled in APS, Peshawar.” Israj further said that all his sons will serve Pakistan.
The love for the army uniform set a precedence for other children like Tufail, a fearless hero whose morale is very high. 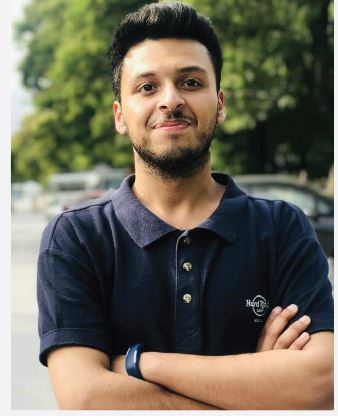 Saadil Khan
While this tragedy shook the parents of all the students, there were also some parents and students who pledged to themselves that they will fight for a better and brighter future of Pakistan and its future architects. Their children will be an iron wall in front of the enemy. Saadil Khan is one of those students. Saadil was in class 8 in 2014. He received multiple injuries on both his legs and shoulders. Today, he is a student of psychology and he wants to serve the nation as a psychologist. 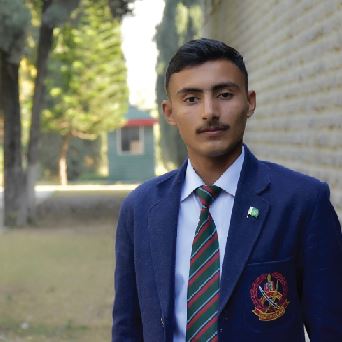 Samiullah Khan
Samiullah Khan was in 8th class when the tragic incident took place. He got two bullets to his legs. He aspired to join the army as an officer and for that purpose concentrated on his studies a lot. After getting medical treatment from CMH, he got admission in Military College Jhelum and is currently undergoing training at PMA, Kakul. Mothers who gave birth to fearless and brave young men like Samiullah are still standing resolute on their soil to sacrifice their sons.
Sami joining Pakistan Army has sent a message to the terrorists that your weapons will be exhausted, but our morale will not be lowered. 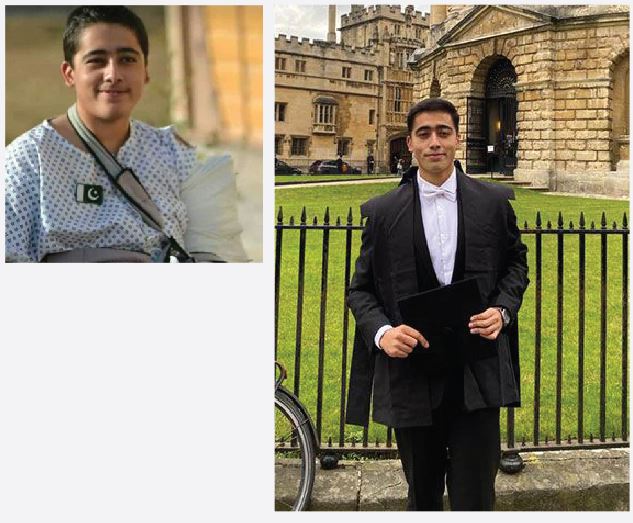 Ahmed Nawaz
Ahmed Nawaz is one of the injured students of the APS massacre. He lost his brother, Haris Nawaz, in this tragic incident. He never lost hope and today, Ahmad, a handsome young man, intelligent and witty, is focused on his activism, the work he has been doing for years. The memory of his brother Haris is his strength for today, and every coming tomorrow. His mother and two siblings, Umar and Adil, are his strength. His father, Mohammad Nawaz, is his rock. He is a student at Lady Margaret Hall, Oxford University, UK. At Oxford, he reads philosophy and theology. He wants to serve his country in the future and his aims are very high. 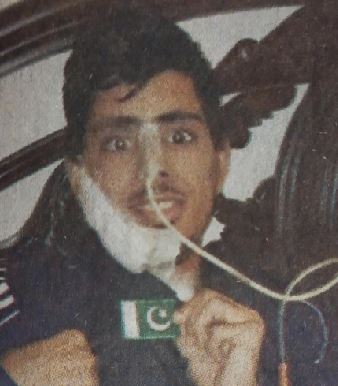 Mubashir Khattak
Mubashir’s aunt had passed away for which he had gone out of town with his family to attend the funeral but had to return as 2nd year's exams were going on. It was December 16 and Mubashir had his computer exam scheduled for that day. He reached his school on time and marched towards the examination hall along with his friends. They all talked about their preparation and which topics were more likely to appear in the exam. The exam started on time and pin-drop silence fell in the hall. Around 10:30 a.m, Mubashir heard some gunshots. Before he could deduce where they were coming from, the backdoor of the examination hall stormed open. Mubashir remained calm and dealt with the situation intelligently. He tried to think of a way to stop the bloodbath taking place in front of his eyes, but what could anyone do in the face of bullets and guns?
Mubashir had found a way to get out of the hall when he saw one of the terrorists holding a knife to his friend’s throat. What would you expect from a teenager to do in a situation like this? Run? Scream? I was surprised to learn what Mubashir did. He rushed back and punched the beast hard. The knife dropped from his hand and his friend’s life was saved.
While they were escaping from the scene, the terrorist got hold of Mubashir. The terrorist wanted to teach him a lesson; he pointed his gun at Mubashir’s forehead while he fought back to save his life. Luckily, the terrorist missed the target and the shot hit his cheek. Mubashir fell on the floor unconscious and the gunman left him for dead.
After some time, when Mubashir regained his consciousness, he saw what he never wished to see. He threw up. He felt dizzy. But he never felt weak. He heard the army officials calling out all those who were alive, therefore, he came out of the hall along with five to six of his classmates who had survived, out of a class of 20 students. Currently, Mubashir is on a liquid diet and can’t speak very well. All this was narrated by his sister, Hafsa Mushtaq, who is also studying at Army Public School’s girls branch. She said that in the first two to three days, Mubashir was frightened and cried while narrating what he had witnessed – he drew and wrote it down. Now he is all set to attend school with full zeal and enthusiasm. He also plans to join the Army in the near future to play a part in eradicating terrorism from Pakistan. 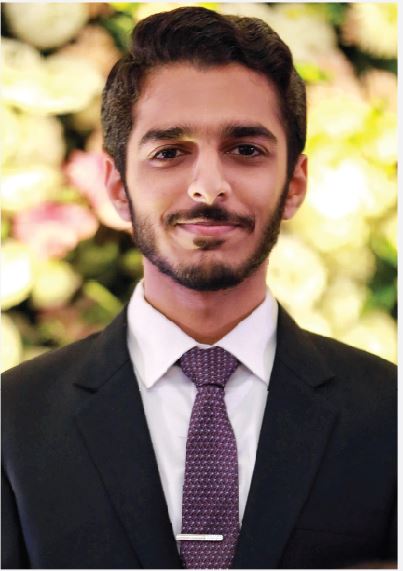 Abdullah Jamal
The December 16 attack on APS Peshawar was an attempt by the gutless enemy to instill fear of education and prosperity in the youth of Pakistan. However, their return to the same school after a month sabotaged the enemy’s agenda. This was their way of revenge – bigger, better and a non-violent one. Abdullah Jamal was shot thrice but he went back, studied in the same classes where his friends were martyred and completed his secondary schooling from the same institution. He feels proud to be the fourth generation of his family that was injured by enemy’s firing and shelling and came back stronger than ever. He wanted to become a GD Pilot in the Armed Forces but couldn't do so due to an eyesight issue. His brother, Captain Usama, 130 Long Course was under training at PMA at the time of this incident. Now he is serving as a Captain in the Engineers Corps.
Currently he is pursuing his B.S. in Aviation Management to contribute as much as he can in the aviation and tourism industry to promote the fact that Pakistan is safe, peaceful and is headed towards prosperity.

The families of the martyrs and injured students of APS are a role model for this nation. They have survived the worst, some of them choosing to rebuild their tomorrow, shaping their pain into the strength that becomes their daily hope, a steadfastness that is a diurnal inspiration for everyone who has lived through a soul breaking tragedy.
May Allah bless their homes with greater peace of mind and heart and grant blessings in abundance to the martyrs.