Branding Taxila as a Gateway to Religious Tourism

Today, the town of Taxila is a sprawling urban center with bustling bazars and multi-story plazas. It is a nationally known industrial hub of heavy machines and ordnance factories, as well as a center of small cottage and household industries of stoneware and pottery. The unplanned and unchecked urbanization and industrialization of Taxila Valley, fanning out in the foothills of Margalla hills, poses a direct threat to the historical value of Taxila as a site which contains discovered remains of the recorded history of more than four thousand years old, originating with the Neolithic period agricultural communities of 3500 BC to its Harappan cities (3100-2500 BC). The archaeological remains of thousands of years old planned cities, stupas and monasteries – various sites of which have been placed on the UNESCO World Heritage List – are being excavated since the 1920s and the voyage of discovery for archaeologists seems unending. Sadly, hundreds of the similar archaeological sites and monuments are coming in the way of the avalanche of roads, factories, markets and houses. Pakistan will be culturally impoverished if urgent steps are not taken to protect the archaeological heritage of Taxila. 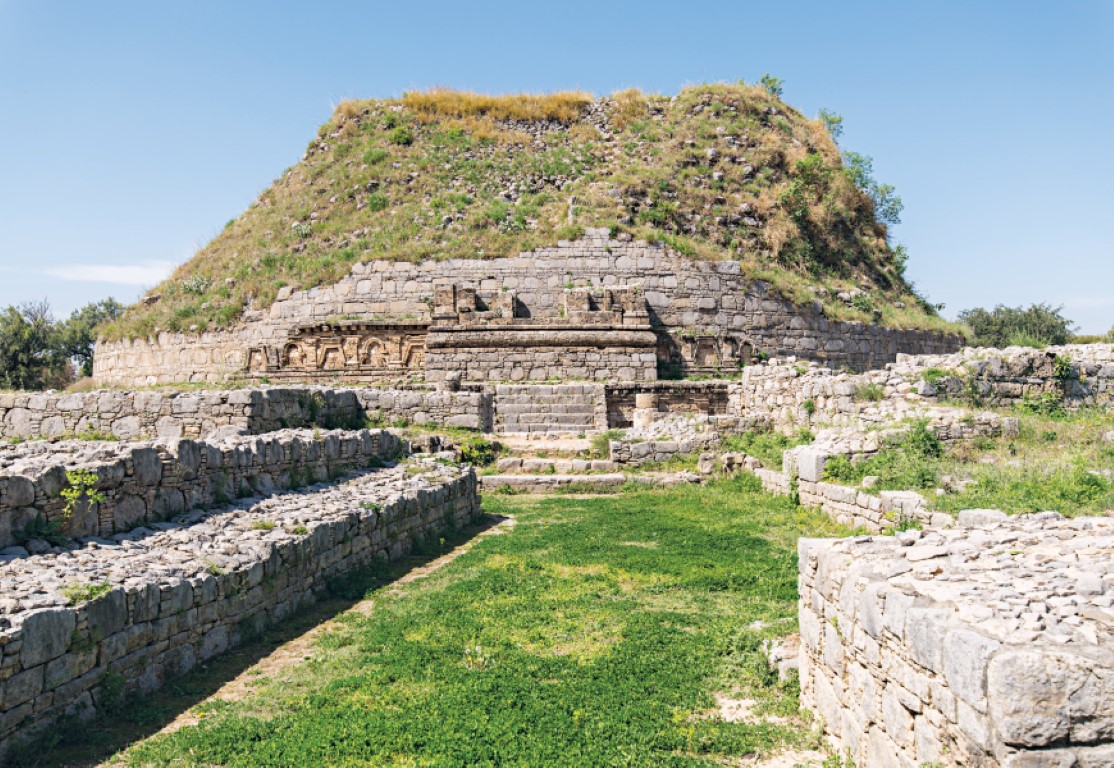 As one of the oldest living cities in the world, Taxila has been called by various names in the historical chronicles. In Aramaic, Taxila is called as Naggaruda, Pali texts cite it as Takkasilā, Sanskrit sutras spell it as Takshashila, Greek historians wrote it as Taxila, Romans rendered it as Taxilla, the Chinese called it Chu-ch'a-shi-lo and in later Persian it became Marikila. It was the Greek nomenclature that translated into the current usage, adopted first by British colonial state in the 19th century India.
History of Taxila is the stuff that legends are made of. From the composition and recitation of Mahabharata – the greatest Hindu epic at Taxila in the early historic period to the preeminence of the ancient center of Buddhist learning, the Takshashila University – the legend of Taxila has always inspired the imagination of people from diverse lands and since time immemorial. Once strategically located at the junction of caravan routes that linked Southern, Western and Central Asia regions to the West, Taxila was a melting pot of various civilizations, which include Achaemenid, Hellenistic, Mauryan, Greco-Bactrian, Kushan, Gupta, Huns and eventually, the Muslims.

The travel accounts of Taxila go far back in time, from the Greek historians traveling with the imperial army of Alexander of Macedonia on his world conquest to the Chinese monks, including Fa Hsien and Hsuan Tsang, arriving at Taxila to learn from the primary Pali texts on Buddhism. The Greek diplomat Megasthenes who spent fifteen years at the Mauryan court left detailed accounts of Taxila. Another distinguished visitor was the neo-Pythagorean sage Apollonius of Tyana in first century AD, whose biographer Philostratus described Taxila as a fortified city that was laid out on a symmetrical plan and compared it in size to Nineveh (ancient city of the Assyrian empire). There are even Christian legends that apostle Thomas, who was sent by Jesus Christ on a divine mission to spread Christianity in India, also visited Taxila during the Parthian period.
The intellectual and political history of ancient India stems from Taxila, given the world renowned center of learning, the Taxila University, which dominated the intellectual scene for close to millennia from fifth century BC to sixth century AD. Panini, the great Sanskrit grammarian and the author of a famous book on Sanskrit grammar, Ashtadhyayi, lived and taught at Taxila University. Charaka, the physician considered the father of Indian medicine, given his contribution to the development of Ayurveda, was also an alumnus of Taxila University. The most influential of Taxila University teachers was Acharya Chanakya, also known as Kautilya, who was the legendary political philosopher, thinker, and royal advisor. Long before Machiavelli’s book The Prince became a classic in political sociology, Chanakya’s book on statecraft, the Arthashastra, remained influential as a textbook for Indian princes in the art of political governance for centuries. It enlists the duties of the ruler, the associates, and the advisor; discusses intricate matters such as the art of diplomacy, the rules of unleashing and defending wars, the duties of the state during peacetime; domestic governance affairs like taxation, commerce, law, municipal affairs; social norms and customs; and, artisan work, agriculture, medicine, and census.
The greatest kingdom in the ancient history of India – the Mauryan Empire, which spread from India to Afghanistan had its genesis in Taxila in the form of the tutelage of the future founder of the Empire, Chandragupta Maurya. Born in Patna (Bihar), Chandragupta was taken by Chanakya to Taxila University, where he studied under him for eight years, perfecting the sciences and arts of the day, including military sciences. The rise of Chandragupta Maurya is credited to the training he received at Taxila University under Chanakya and he used his acquired knowledge of science and society to lay the foundation of one of the most powerful empires of India, lasting for 150 years. The name of the epic King Ashoka, grandson of Chandragupta, whose imperial symbol Dharma Chakra adorns the Indian flag is etched deep in the history of Taxila, as Ashoka had an affinity with Taxila, then the capital of Uttrapatha, a province in the Maurayan Empire. As a Viceroy of his father Bindusara, he spent decades in Taxila. After his conversion to Buddhism, King Ashoka chose Dharmarajika stupa at Taxila as one of the eight places in the empire to house the bone relies of Buddha, which is a testimony to the sacred status of Taxila in the annals of Buddhism.
Despite the changes in the dynastic rule over the centuries, from Mauryans to Greco-Bactrians Sakas, Parthians and Kushans, Taxila continued to thrive as a center of Buddhist learning, receiving patronage from the Buddhist royal elite for over a millennia. The city of Taxila contained numerous monasteries and associated stupas, the ruins of which remain here today. The cities of Taxila in their days of former glory had some of the most impressive architecture in the Buddhist world, inviting pilgrims from all over India, Central Asia, China, and Southeast Asia.
Taxila is also the birthplace of Mahayana Buddhism which is today the world’s largest denomination with more than half of practitioners in Korea, Japan, China, Vietnam, Tibet, Malaysia, Mongolia, Bangladesh and other countries. Many of the East Asian countries like Japan and South Korea began embracing their Buddhist heritage as they recovered in the decades after the Second World War, as did a number of other countries of the erstwhile Soviet Union in the 90s. Today, 97% of the world’s Buddhist population lives in the Asian continent, and a number of countries such as Bhutan, Myanmar, Thailand, and Sri Lanka conceive Buddhism as intrinsic to their core national values and cultural identity. Despite being a communist state, China promotes Buddhism as a central pillar of its cultural diplomacy on the grounds that it possesses the largest Buddhist population of any country in the world. 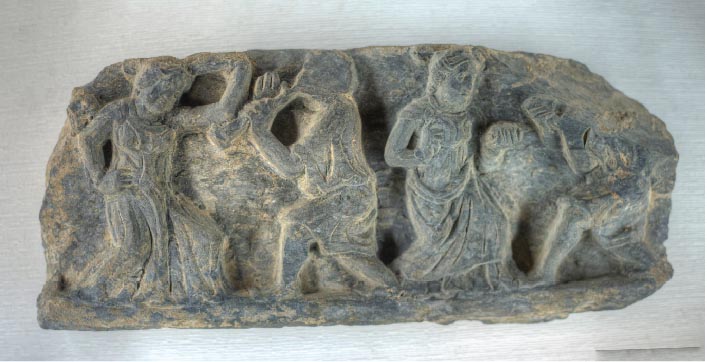 From multi-pronged indices of cultural history, Taxila today has receded into an archaeological town, despite its cultural status as a world heritage site. The archaeological importance of the sites as the cultural signposts of our civilizational past has frozen the site by not following the international standards of maintenance. It was in a perpetual state of disrepair as it emerged out of the excavation by the colonial archaeologists in the 1920s. Ever since, the major battle of the state authorities is to arrest the constant decay of monumental structures, caused by natural and human interventions, for which funds are always in short supply.
The potential that the religion holds in the area of cultural diplomacy has made it a crucial part of soft power strategies in the world. Pakistan can promote the ancient heritage of Taxila on the basis of its historical association and not as a matter of faith. However, the overriding concerns for the preservation of heritage of Taxila as archaeological ruins have limited the potential of the sacred architecture to emerge as a symbol of religious worship. The sites and monuments of Taxila have been turned into the graveyards of archaic archaeological past. The conservation of Buddhist monasteries and stupas should be taken a step further to include the rehabilitation of the sites as functional spaces to be used by the pilgrims. To promote religious tourism at Taxila, the Buddhist prayer ceremonies on the eve of Buddha’s birthday should be held every year with international cooperation of Buddhist countries.
A religious tourism master plan should be developed for Taxila’s heritage sites to suit the special needs of religious tourists. The heritage sites of Taxila should be divided into three different functional zones. The first zone should cater to the tourism-related services and facilities such as hotels, restaurants, tourist and administration centers to be set up in the adjoining areas of existing Taxila Museum. The second zone should be a monastic zone, where facilities are provided for pilgrims to attain knowledge and undergo spiritual purification before entering into the sacred area. The third zone should be the ritual zone, comprising various stupas, where necessary facilities for undertaking Buddhist rituals should be provided. Opportunities should be created for Buddhists, monks or pilgrims to live and worship in the monasteries for extended duration of times. (This suggestion is equivalent to the opportunities given to Sikh pilgrims to worship in the sanctuary of their Gurdwaras all over Punjab in Pakistan).
There is a lack of tourism-related merchandize such as souvenirs and replicas due to the certain clauses in the Antiquity Acts which prohibit the reproduction of Gandharan sculptures. The relevant laws need to be revised and upgraded to promote the sales of legitimate replicas of Gandharan art. A set of tourism-related publications in the forms of coffee table books, catalogues, brochures, pamphlets and maps in addition to other quality printed materials should be produced in foreign languages such as Chinese, Korean, and Japanese, among others. The relevant literature should also be disseminated to Pakistan’s foreign missions to promote the cultural and religious heritage tourism of Taxila. Moreover, digital documentation of Taxila’s heritage sites should be done and virtual tours should be developed to be uploaded on all Pakistan’s foreign missions’ websites. 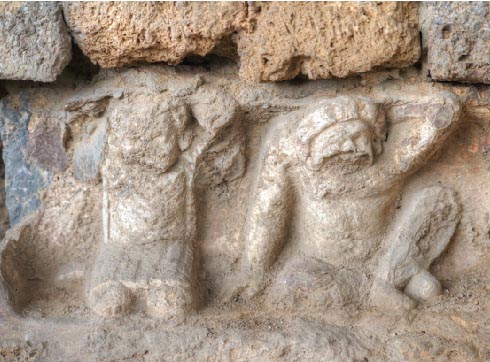 Given its proximity to Islamabad, coupled with an improved access and reasonable security for foreign religious tourists, there is an immense yet untapped potential for global tourism in Taxila. With its international reputation as a World Heritage site, branding Taxila as the preferred destination on the international Buddhist circuit is relatively easier. Dedicated attention to Taxila alone can put Pakistan on the world tourist map and galvanize the Buddhist heritage trail of the entire Gandhara region. A small step in the right direction today can become a quantum leap for tomorrow in realizing the true potentials of religious tourism in Pakistan.