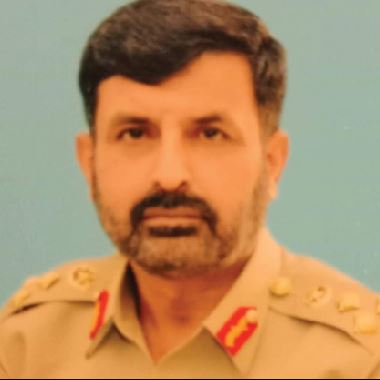 “Let me assure you that I have not for one moment allowed the affairs of Balochistan to slip out of my mind. I pondered, over the ways and matters of improving the lot of our people in this province and of enabling them to secure for themselves the same position and the same political status within the polity of Pakistan which are open to their brethren in other provinces….” 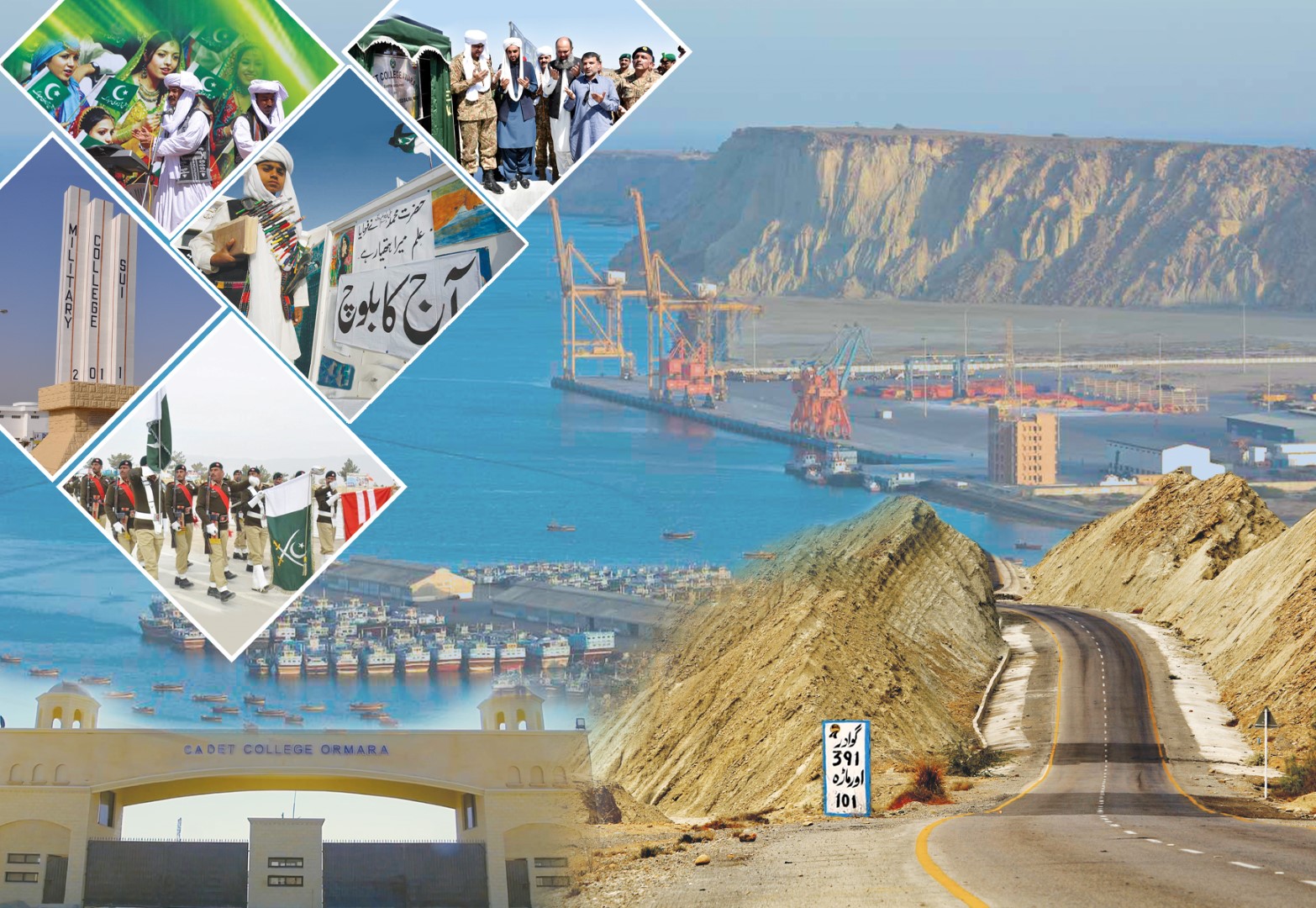 Being the largest province of Pakistan, Balochistan lives with its inherent strengths since historic times where it played a central role in international trade routes and politics. It acted as a buffer between major powers for trade wars. Although the province is rich in mineral resources yet it is poor as per the socio-economic indicators. Balochistan remains the most important province of Pakistan due to its strategic location in emerging geopolitical stage. It houses the most patriotic and resilient people of Pakistan. The very basis of Pakistan’s future hinges upon the prosperity, integrity and development of Balochistan, being the heartland of the country. The several attempts by our adversaries to destabilize Pakistan by instigating unrest in Balochistan speaks volumes of its absolute importance. The reality is that the people of Balochistan from the day of independence to date remained loyal and committed to the ideology of Pakistan’s existence.
Balochistan has recently acquired connectivity and security which are the vital precursors of development. These diversified opportunities are a result of relentless efforts by security forces to maintain law and order in the province. One of the biggest security dilemmas in the province has been the porous nature of international border with Afghanistan and Iran, used by the terrorists to escape to the safe havens. For better border security management, it was decided to fence the border to prevent the entry and escape of terrorists. 1200 kilometer stretch of the border fence has been completed which has immensely contributed in improving the overall security of the province.
Socio-Economic Uplift of the Province. In a national scenario where agro-industrial zones are saturating with economic competition, Balochistan offers new vistas of investment in the form of regional trade, marine commerce, agriculture, mining, tourism and services industries. These potentials, if timely recognized, intelligently resourced and innovatively managed can attract dynamic employments and capitals. The demographically stable zones even invite opportunities of developing new industrial towns and markets.
Socio-economic development, the most important maneuver, is the hallmark of Khushal Balochistan. Pakistan Army has remained engaged in numerous development and socio-economic uplift projects so as to regain the lost space for further capitalization by the political prong thus bringing lasting peace and stability in the province.
Education
Establishment of Schools/Cadet Colleges

▪ 113 schools are supervised by Pakistan Army/Frontier Corps and approximately 40,000 students across Balochistan are being educated in these schools.
▪ 9 cadet colleges (Sui, Pishin, Mastung, Panjgur, Jaffarabad, Kohlu, Turbat, Noshki and Awaran) have been established in the province. More than 2500 students are getting education in these cadet colleges. Besides providing quality education, these colleges are transforming mindsets of local masses who are keen to send their children to these institutions for a better future.

Other Educational Projects. Distinguished educational institutions/programmes aimed at providing quality education are established in the province. The important projects include:

Planned Educational Projects. Pakistan Armed Forces are playing a key role in bringing quality educational facilities to the province in the future. It includes:

Induction in Army. During the last 5 years, 3512 candidates were trained for Inter Services Selection Board under the supervision of Pakistan Army and out of them, 887 candidates have been selected for induction in Army as commissioned officers. Approximately 13,500 soldiers have joined Pakistan Army during the last 6 years after provision of special quota from Army for Balochistan.
Health Projects. Five Combined Military Hospitals located at Quetta, Loralai, Khuzdar, Zhob and Sibbi are providing health facilities to the locals as well. In addition, various health facilities are being spearheaded by LEAs in the province in collaboration with the Government of Balochistan. Apart from these health initiatives, Pakistan Armed Forces are also providing and supervising health facilities as under:

▪ Renovation of District Headquarters Hospitals. Major renovation/uplift has been conducted in DHQ Turbat, Awaran, Sibbi, Zhob and Dalbandin.
▪ Medical Camps/Tele Medical Centers. Since 2016, 60,000 patients have been treated in 650 free medical camps established by Southern Command/Frontier Corps. Since 2018, Tele Medical Centers are also functional which are providing medical services to far-flung areas on video link. Approximately 25000 patients have availed this facility to date.
▪ Balochistan Health Complex. It is planned in Quetta as part of Khushal Balochistan Program. The cardiac hospital will house the latest medical facilities including state-of-the-art operation theatres, echo and nuclear cardio facilities.

Social Sector
Village Clusters. A new concept of model villages with all basic civic facilities has been developed known as village clusters. Village clusters and rest areas along road heads with input from locals were identified for bringing socio-economic development. It has addressed basic needs i.e., health, education, water shortage and agricultural development. Besides image projection, it also generated economic activity resulting in the overall improvement of security environment. Phase-I of the project has been completed and development of more village clusters is under progress. Detail of Phase-I of the project is as under:

Other Development Projects. Some of the important projects which contributed to the uplift of the province are as follows:

Communication Infrastructure. Pakistan Army, FWO and FC are constructing state-of-the-art roads under CPEC in Balochistan. They are also supervising and providing security to various communication infrastructure projects to improve regional connectivity. Some of the major projects are:

Coastal and Makran Region Development. The Balochistan coast is particularly important which extends over 750 kilometers from Hub to Gwadar. The whole area is rich with a variety of marine life and has long sunny beaches. It provides Pakistan with an Exclusive Economic Zone potentially rich in oil, gas, and minerals spread over approximately 240,000 square kilometers giving Balochistan considerable strategic importance. Two of Pakistan’s three strategic naval bases, Ormara and Gwadar, are located in the province. Sandy beaches and rocky shores are common along the Makran coast which are under consideration for promoting tourism. The new highways in coastal and southern parts of Balochistan improved the connectivity and boosted the process of urbanization. Makran Coastal Highway (NH-10) and M-8, which were completed in 2004 and 2016 respectively, have made a huge impact on the economy and socio-politics of Southern Balochistan. A new Baloch middle class has begun to emerge alongside these highways, significantly contributing to the process of urbanization. Makran Coastal Highway is further acting as a catalyst for development of the entire Makran coastal area of Balochistan through fisheries, tourism and trading. 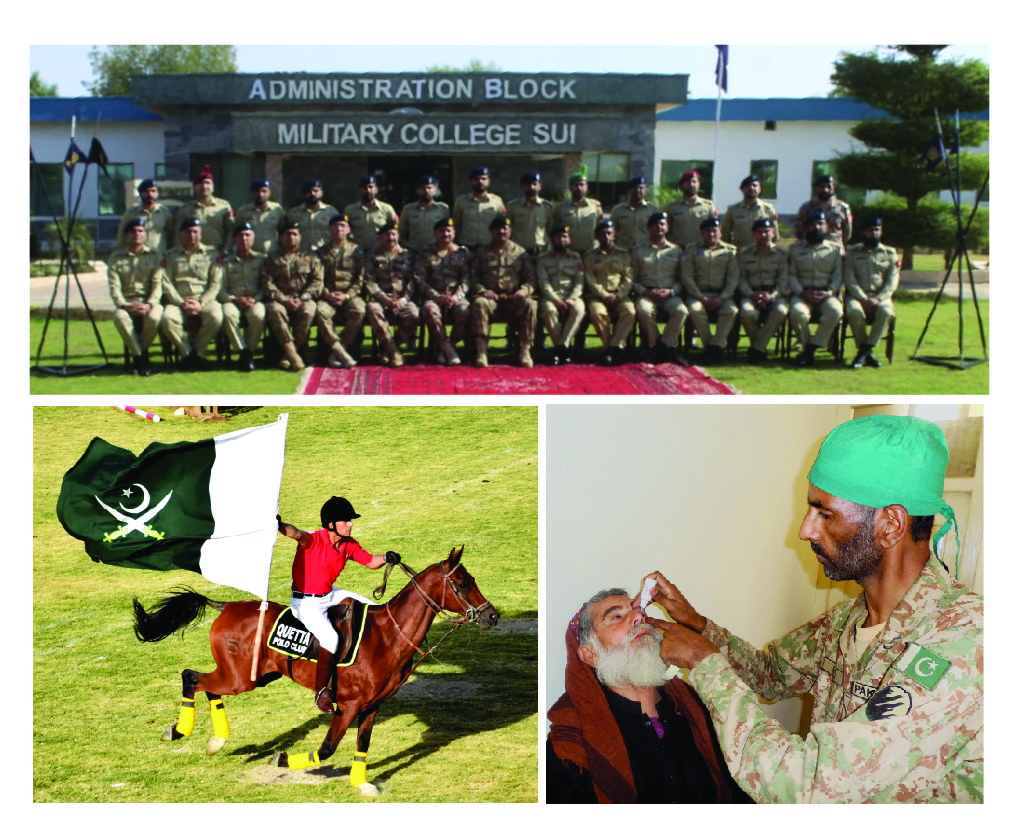 The sanitization of Bambore Ghar helped in further accelerating the socio-economic activities in the adjoining areas which were previously being interfered by the terrorists. Social development projects supervised by Pakistan Army in the adjacent areas are:
Dera Bugti. Rs. 230 million were allocated by the government for Dera Bugti’s development. The following projects were undertaken and supervised by Pakistan Army:

Sui. The following projects are undertaken by the Pakistan Army with the help of Pakistan Petroleum Limited and Oil and Gas Development Company Limited:

Date Farming. Efforts have been made for marketing of date from Panjgur to help local growers earn better price for their products. It is a joint venture between Pakistan Army and FC Balochistan with the initial investment of Rs. 7 million.
Untiring efforts of LEAs in socio-economic domain have brought positive changes for the entire province which has helped the government to keep pace in development due to improved law and order situation. Establishment of hostel facilities for students from remote areas and improvement in the quality of education is a step towards improving the standard of education in the province. Increase in the number of hospitals and CMHs across the province has improved the quality of life. Development of road infrastructure has allowed the Baloch natives to connect to the rest of Pakistan and increase trade, increasing economic potential of the province.
These numerous projects are fueled by the single aim of bringing prosperity to this province and sustained improvement in the well-being of its people. The above-mentioned projects, with their great scope and extensive focus would harness the natural resources of Balochistan, bring about development while investing heavily in the people for the socio-economic uplift of Pakistan’s largest province.