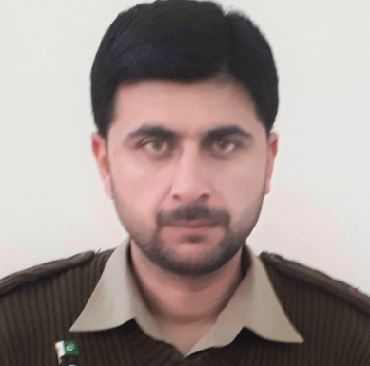 Baloch Culture Day is celebrated all over Pakistan on March 2, every year. Baloch people mark and celebrate this day with traditional passion by  organizing rallies, wearing traditional dresses and arranging different gatherings. The preparation of this special day is done in a way to showcase Baloch culture to the entire world. The Baloch culture is said to be one of the oldest and strongest cultures of the world by archaeologists, as shown by the research of Italian and French survey teams. The Baloch have got a 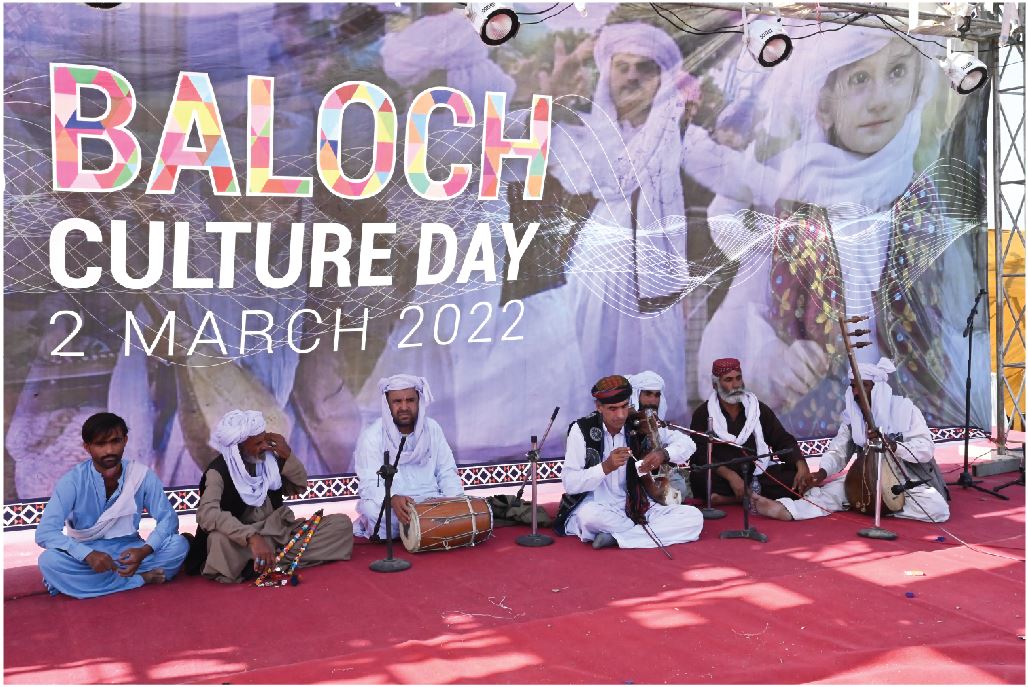 marvelous culture which is a reflection of Baloch distinctiveness as compared to other cultures, for instance, the Baloch hospitality, bravery and keeping promises.
Indeed, culture plays an essential role in the development of a nation and every nation has its own culture which distinguishes it from the others. Though, Balochistan is an area of barren lands, deserts and mountains, the Baloch culture has its traditions, arts and crafts. Balochi embroidery is one of the most popular arts and crafts which is done by the females. The most distinguishing factor of Baloch culture from others is the dress of females who stitch it themselves, and has a unique pattern. These Balochi dresses are very famous all over Pakistan. Balochistan is also known for its tribes and festivals. Another distinct feature of Baloch culture is the storytelling tradition.  Poets and storytellers are highly respected in the Baloch culture. The Balochi culture has very rich folk musical dances and songs, such as Lewa, and Nazenk etc., which are performed during wedding ceremonies and attract the audiences entirely. The instrument used commonly is the flute, which in local variations is called Nal, Tambora or Soroz, and is an inspirational tool for performing musical ceremonies with dances.
The people of District Kech in Makran Division celebrated Baloch Culture Day at Turbat with traditional zeal and fervor, as enthusiasts organized various gatherings to mark the special day. Rallies were held in various parts of the district highlighting the rich culture as well as deep love for the country. The biggest event was organized at Kech Stadium, Turbat by district administration in collaboration with Headquarters Frontier Corps Balochistan (South). About 100 stalls including cultural items, female Balochi dresses, Balochi embroidery, paintings, books, dates and other food items were set up by local residents of Turbat and District Kech including various educational institutions of Makran. 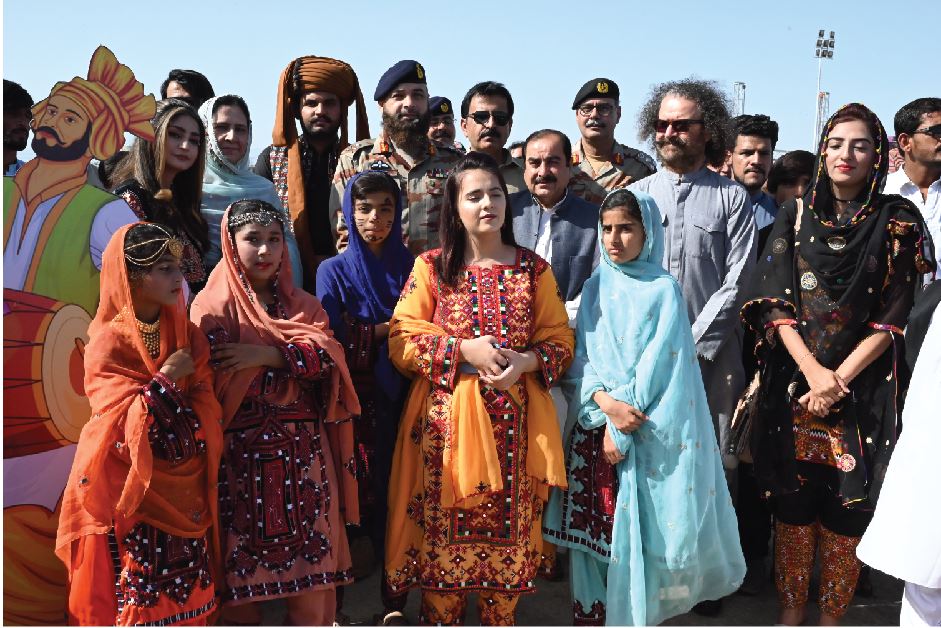 The then Federal Minister for Defense Production, Ms. Zubaida Jalal, Minister for Women Empowerment in Balochistan, Ms. Mahjabeen Sheeran, along with Inspector General Frontier Corps Balochistan (South), Major General Kamal Anwar Chaudry, Commissioner Makran Division, Mr. Shabeer Mengal, and Deputy Commissioner Kech, Mr. Hussain Jan visited different stalls and appreciated the marvelous and unique work which was displayed by the local Baloch youth.
In the evening, a musical concert was also organized at the same venue. The renowned Baloch artist, Mr. Ayub Khoso, was the host of the music program featuring the performances of artists including Kaif-e-Khalil, Urooj Fatima, Muhammad Baloch, Liaquat Abid, Lyari Band, Kekashan Baloch, Arif Baloch and Shah Jehan Dawoodi. Renowned Balochi Youtuber, Anita Jalil, and FM 96 RJ, Kashif Waheed, also performed as co-hosts. The crowd was overcharged when the local legendary singers, Arif Baloch, and Shah Jehan Dawoodi arrived at the stage for performance. The students of Turbat performed the most famous folk dance known as Dochapi, where the participants move in a circle, clapping their hands at certain points.
IG FC Balochistan (South) Major General Kamal Anwar Chaudhry while welcoming the participants said, “Today, complete Pakistan is celebrating this beautiful day together with the Balochs. The culture of Balochistan is adorned with examples of sincerity, generosity and honor. It is a source of pride for me to not only join you all in the Culture Day of 2022 but also to play a role in conveying the message of brotherhood and solidarity of Balochistan to the world. The culture of Balochistan is very beautiful and ancient and Allah has blessed this province with every blessing”. IG FC while addressing the students and youth emphasized on the importance of higher education and motivated them to take this country and province forward which requires tireless education and hard work. IG FC also highlighted the role of security forces in nation building, that the armed forces of Pakistan, FC and levies are the protectors of the soil. “Our first responsibility is to protect our province and country from the nefarious intentions of our enemies and for this we will not spare any sacrifice”.
Baloch culture is one of the majestic cultures in the world and it should be celebrated with great fervor. The gatherings also demonstrated that the people of Balochistan are hospitable, generous and patriotic. The ceremonies were attended by people from all walks of life, who exhibited their love for the diverse cultural traditions. The festival ended with a spectacular fireworks display.