Another Step Forward in Pak-China Cooperation

COAS visited Beijing, China on an official visit from September 16-19, 2018. During the visit COAS interacted with various Chinese leaders including the PLA Chief, the Vice Chairman of the Central Military Commission and President Xi Jinping.

President of the People’s Republic of China Meets COAS 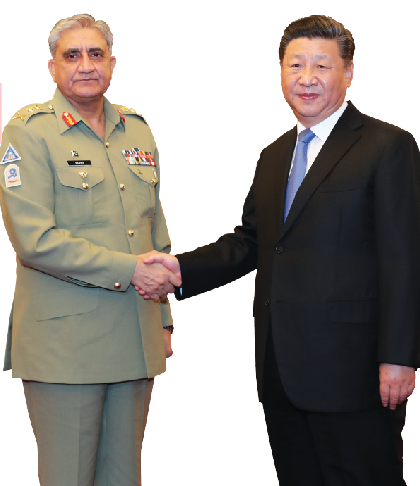 General Qamar Javed Bajwa, Chief of Army Staff (COAS) called on Chinese President Xi Jinping on special invitation on September 19, 2018. Regional security environment, challenges and way forward were discussed during the meeting.
Chinese President acknowledged Pakistan as a time-tested friend of the country and Pakistan Army’s integral role in maintaining this relationship as well as the peace and stability in the region. He said that China would continue to support Pakistan as a strategic partner. President Xi assured that those who oppose Belt and Road Initiative (BRI) or CPEC would never succeed as this is an initiative of peace and development, not only for China but for the region and beyond.
COAS thanked the President for his invitation and for acknowledging professionalism and contributions of Pakistan Army towards regional peace and stability.
Speaking on peace, COAS pointed out that Pakistan understands the importance of peace and has given a lot of sacrifices for achieving it. He said BRI with CPEC as its flagship is destined to succeed despite all odds and Pakistan Army shall ensure security of CPEC at all costs. COAS further stated that while we work for peace, we need to stay strong to thwart designs of all inimical forces challenging our resolve and we greatly value Chinese support in this regard. 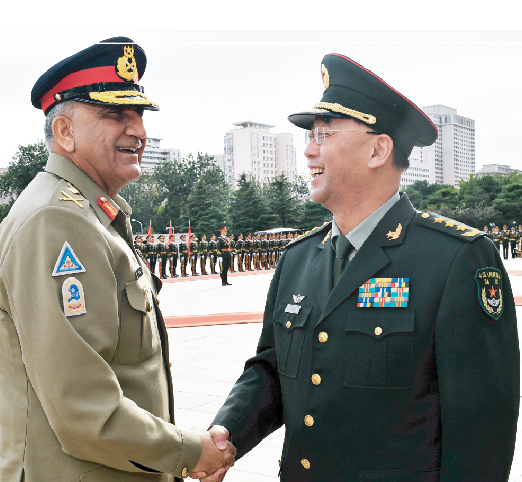 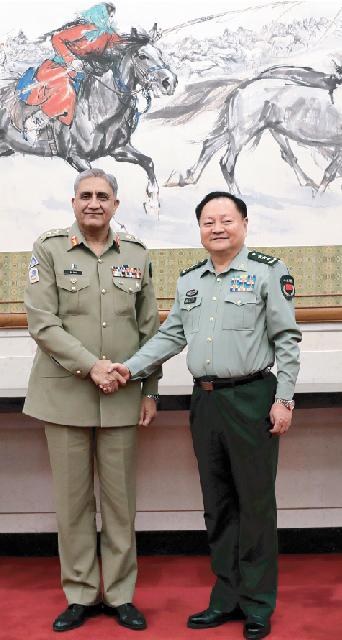 General Qamar Javed Bajwa, Chief of Army Staff (COAS) called on General Zhang Youxia, Vice Chairman of the Central Military Commission (CMC) on September 18, 2018. Gen Zhang Youxia said that China greatly values its time-tested relations with Pakistan and its Army; China looks forward to further expanding this cooperation. Gen Youxia pointed out that development of CPEC  aims at bringing more benefits and prosperity to the people of both countries. The Vice Chairman termed Pak-China military cooperation as an important pillar of bilateral relations. He added that the two militaries should further strengthen this cooperation to safeguard common security challenges.
The Generals also discussed areas of further bilateral military cooperation in the field of counter-terrorism, arms and equipment technology, and training.
COAS thanked Vice Chairman of CMC for the Chinese support and cooperation. Ambassador of Pakistan to China was also present during the meeting.