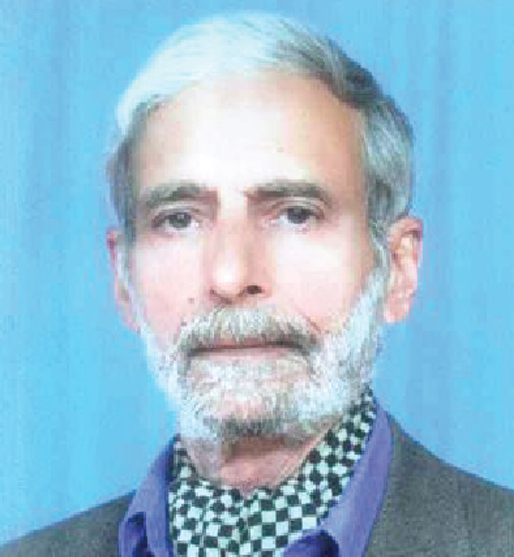 Captain Muhammad Ammar Hussain (Shaheed), SJ (May 25, 1974 - July 5 1999), was commissioned in 63 Frontier Force Regiment on October 14, 1994. He had an inborn fascination for Special Services Group (SSG), Pakistan Army's elite airborne commandos’ outfit. It was a dream come true when he successfully underwent a rigorous course before earning a well deserved posting to 1 Commando Battalion (SSG) on April 6, 1997.

It did not take long for some highly experienced professionals in SSG, seniors and subordinates alike, to note that Captain Ammar was cut for Special Operations in the realm of unconventional low-intensity warfare. From the viewpoint of those seasoned practitioners of asymmetrical war, he possessed the essential qualities: daring, with a sense of ingenuity and above all, an inbuilt passion for action rendered him an inspirational combat leader of unorthodox enterprise of war, if ever there was a need for one of his type.
Captain Ammar (Shaheed) was destined to prove his professional worthiness and justify the trust which his peers in the SSG had reposed in him with martial spirit par excellence during his final response to the call of duty on the night of July 4/5 1999. Leading a platoon, comprising soldiers of his ilk, he joined his course mate, Captain Karnel Sher Khan Shaheed (recipient of the highest gallantry award, Nishan-e-Haider), for a combined operation along the Line of Control. The operation was directed against heavily defended localities deep in enemy territory. By all measures, it was hazardous and arduous undertaking with odds stacked high against the attackers due to a combination of factors, both natural and human. However, the young combat leaders remained undeterred and steadfast in their resolve to hit the enemy hard in his own backyard, come what may.
The offensive action, spearheaded by Captain Sher and Captain Ammar, achieved complete surprise and at a heavy cost to the enemy in terms of men and material. To stave off impending disaster, artillery barrages and intense rate of air strikes were let loose against the handful of attackers. The effort was further supplemented by a counter-attack by a battalion-size force. However, the young commanders and their troops continued to demonstrate indomitable soldierly spirit to sustain the offensive ardor by the spirit of method of the highest order possible.    Captain Sher was fatally wounded at the time when the fight was raging at a ferocious pace. He went down fighting in a glorious manner and in full view of troops on either side of the divide locked in mortal combat. Captain Ammar took over immediate command with renewed vigour to preempt loss of morale following the martyrdom of a courageous officer and some other soldiers who, too, fought with the same zeal till the last. Amidst the deafening battlefield noises and earthshaking artillery barrages, the Officer rallied his force for a last-ditch effort to bleed the enemy whose staying power had greatly increased on account of preponderance of additional firepower of the assorted type. Finally, despite being out-numbered and out-gunned instead of falling prey to the weakening human instinct of self-preservation, he led a direct assault on enemy at the point of bayonet while raising full-throated battle cry, nara-e-takbeer, and in the process he met his Creator after doing his duty with extraordinary chivalry, undaunted resolution and unswerving loyalty to the noble profession of arms.  He now marches in the rank of honour and is prominently placed in Military’s Hall of Fame.

Captain Ammar’s acts of raw courage, his stolid calm under appalling battlefield conditions, keen desire to lead from the front and the ultimate spirit of sacrifice bear witnesses’ testimony. The final charge which he personally led knowing that he was courting death demonstrate his burning desire to go down fighting instead of crawling back to safety or out of danger zone. The deed of valour of Captain Ammar, throughout the fluid engagement between two unequal adversaries will inspire the future generation of young combat leaders, especially in critical situations, inculcating in them the fighting spirit and the will to win and thus not to give in till the last drop of blood.

In recognition of Captain Ammar’s superb demonstration of leadership and moral qualities in extraordinary hazardous operational settings, his sense of patriotism and spirit of sacrifice for a cause, the Government of Pakistan was pleased to posthumously confer upon him the coveted gallantry award, Sitara-i-Jurat.