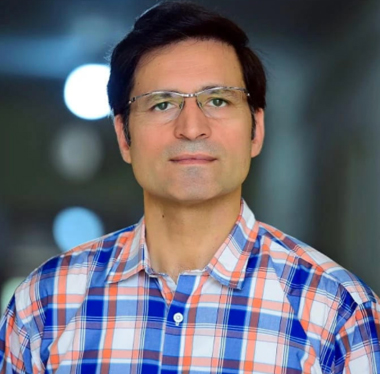 Post-U.S. withdrawal, the entire international community has its eyes on the newly established regime of the Taliban. Moreover, in the current globalized arena, an entity such as the Neo-Taliban have a number of hurdles to overcome in order to be recognized.

It has been a few months since the Neo-Taliban have captured Kabul and are trying to paint a picture of themselves showing magnanimity, care, kindness, forgiveness and complacency towards their fellow countrymen along with their intention to work and make progress within the international law and nation-state system. But, the world is yet to see concrete steps and assurances in this regard.
The Taliban of today have come out with a new face – a face they want to project to the rest of the world in hopes for recognition and legitimacy of their regime. The Neo-Taliban have finally realized that it’s not the era of gladiators anymore and for them to survive in this era, they have to go with the tide. They do not want to repeat the same mistake they made during their earlier regime (1996-2001), i.e., to think of themselves as an absolute sovereign who can survive on least outside support, financially, politically, and diplomatically.
Their lack of recognition of the importance attached to international legitimacy and foreign policy formulation skills during their rule over Kabul from 1996-2001 ultimately wrote their doom. The foreign policy of any nation is the reflection of her domestic policies, and the Taliban’s domestic policies during the earlier regime had not only resulted in chaos at home, but also put a halt to their international recognition.

Flexibility on the part of world community and the Taliban is the need of the time and it might bring about a peaceful and permanent end to the Afghan conflict finishing it off once and for all. Above all, it could halt the humanitarian crisis which is looming large in Afghanistan at the moment.

The dramatic improvement in the diplomatic efforts of the group in the last decade started with an attempt to open its political office in Doha in 2013 in order to gain recognition as a political actor by engaging with the U.S. in peace talks and striking an agreement for generating a new narrative. Whether the group would be able to gain recognition from the international community or not depends on how hard they have learnt their lesson from the past and how much they have worked on their diplomatic skills. Now that the Taliban have tipped the balance and have ruled out every other predicted situation about the post-U.S. withdrawal Afghanistan, the focus is on the future of the Taliban government in Kabul.
The Taliban announced an interim government in the first week of September and since then have been subjected to a huge amount of criticism. The new interim government did include some ethnic minorities, but the inclusion of women still remains far from realization. The formation of an inclusive government has been put forward by the international community as a precondition for the recognition of the Taliban regime. The Taliban’s acting governing body includes many former Pashtun Taliban office holders and a few members from ethnic minority groups but no women members have been included despite the repeated demands of the United Nations and the international community that a more inclusive government be formed including women, other ethnic groups, and former members of the Afghan government. The Taliban, however, have not been taking the criticism on the composition of their government positively. The Taliban’s deputy head of government, Abdul Salam Hanafi, in a TV interview clearly stated that no neighboring country would be allowed to interfere in the domestic affairs of Afghanistan and have even stationed thousands of fighters on the Afghanistan-Tajikistan border since Tajikistan has been greatly critical of the composition of their interim government as well as violation of human rights. These steps are hardly helping the Taliban regime in persuading the world to recognize their newly established government in Kabul.
Afghanistan’s neighbors cannot afford the spillover effects of instability and insurgency in that country yet again and therefore it’s in the interest of the region and the whole world to recognize and engage the Taliban in diplomatic ties. Simultaneously, it’s a golden chance for the Taliban to mend their ways and work on building its foreign policy. Above all, this might prove as an ointment to the bleeding Afghanistan where seeking military solution repeatedly proved to be erroneous. The neighboring states have learned this fact that long-term peace and stability in their lands is tied to stability in Afghanistan. Taliban, being the new rulers of Afghanistan, have the chance to convince their neighbors of their legitimacy that could lead to diplomatic engagement and even international recognition, if the neighboring countries take the lead. The recognition or rejection of the Taliban government in Afghanistan by the neighboring states would set the future course for the region, therefore any diplomatic decision must be taken unanimously by all neighboring states of Afghanistan as the Prime Minister of Afghanistan disclosed that recognition or rejection of the Taliban government would be a collective decision of all neighboring states.
Other countries like Qatar are also urging the world community to not isolate the Taliban. The same concerns and suggestions as Pakistan’s Prime Minister were echoed by Qatar’s Foreign Minister, Sheikh Mohammed bin Abdulrahman Al Thani, in a joint press conference with European Union’s Foreign Policy Chief, Joseph Borrel, in which he recommended that the world, especially the friendly states, should not isolate the Taliban government, but instead engage them. Al Thani further advised the Taliban to look towards Qatar on how to run an Islamic system and called out the Taliban on banning girls’ secondary education and called it very disappointing and a step backwards. This is a new era for the Afghan Taliban. They need to reorient their government structure and laws if they truly want to be included in the family of international community of states. The world is also somehow accommodative of them, the best it has ever been towards the group. Flexibility on the part of the world community and the Taliban is the need of the time and it might bring about a peaceful and permanent end to the Afghan conflict finishing it off once and for all. Above all, it could halt the humanitarian crisis which is looming large in Afghanistan at the moment.

A power vacuum in Afghanistan is the last thing that the world would want. In return for support and recognition, the states with influence over the Taliban would be able to impact them to reorient and restructure their governance style in a way that is acceptable to the international community.

The world community is slowly showing willingness to work with the Taliban regime in order to deal with the ongoing humanitarian crisis in the country. USA announced $144 million in aid for Afghanistan to help the Afghan people affected with humanitarian crisis in the aftermath of the U.S. withdrawal, although this aid would be directly provided through independent humanitarian organizations. It is high time that Afghanistan’s immediate neighbors invested more in negotiations and the process of reconciliation as Chaudhuri and Shende (2020) reflect that India can no longer afford to ignore the option of negotiating with some parts of the Taliban in its larger diplomatic interest. China has let its embassy continue its operations in Kabul even after the Taliban takeover. Chinese interests in Afghanistan are limited and China is ready to take part in the reconstruction of Afghanistan and is unbothered by the Taliban’s involvement in Afghan politics as long as it is achieved legally. The same applies to the whole neighborhood of Afghanistan. It’s in the interest of Afghanistan, and in that way its neighbors’ interest, to engage in negotiations with the Taliban. To ensure that Afghanistan sees peace and stability, the international community has to work with the new government in Afghanistan and use humanitarian aid and assistance that the Taliban government desperately needs to run the country in order to push the group to form an inclusive government with certain guarantees of human rights protection. A truly stable and progressive Afghanistan is highly tied to the internal stability and foreign policy choices of its neighboring countries.
The Taliban, at the moment, are striving to erase the narrative built regarding them. They have repeatedly put at front a rather mild version of themselves which is somewhat accommodative of international values of human rights and a little mild in their interpretation of the Sharia. This is a rather pleasant deviation from their previous regime. This could be accredited to two major changes. First is the situational change. The Taliban have faced the repercussions of their earlier mistakes for two decades and USA came to the realization that the problems of Afghanistan can’t be solved through occupation and any foreign imposed system won’t work in Afghanistan. The U.S. withdrawal was followed immediately by the proofs of failure in nation-building in Afghanistan. This change in situation plays along the interests of the Taliban. They are building the narrative inside as well as outside that Afghanistan’s problems can’t be solved by foreign countries and those who worked with the foreign invaders can’t be trusted. The second change is generational change. The new leadership of Taliban has become used to life in luxurious residencies in Qatar and has been exposed to the modern world. They would prefer modern education over madrassah education for their children. They now realize that extreme interpretation of religious orders won’t work in this age. If they want to be accepted, they have to move forward two decades and leave behind the mistakes of their previous regime. The new generation of Afghans is also not the same as the previous ones. They have had their fair share of exposure to modernization and political socialization. This new generation documents everything in pictures and videos and is not hesitant to share it, thanks to social media.
Any mistake on part of the Taliban would largely impact the narrative being built about them. This reformed version of the Taliban has come to the realization of their era and are being very careful in their international relations dealings. The domestic and foreign policy mistakes of their past regime that cost them their government previously are the ones they would definitely strive to avoid this time. They can’t afford isolation and they acknowledge it in front of the international community, all the while seeking recognition and assistance with governing the very hard to govern Afghanistan. The international community actually does not have any other option than to cooperate with the regime. A power vacuum in Afghanistan is the last thing that the world would want. In return for support and recognition, the states with influence over the Taliban would be able to impact them to reorient and restructure their governance style in a way that is acceptable to the international community.

The writer teaches International Relations at the University of Peshawar.
E-mail: [email protected]