The term ‘resilience’ has crept into common usage in the last decade or two. We hear it used in so many contexts these days. But what does it actually mean or is it just a jargon? There are numerous definitions of the concept of resilience covering a diversity of applications – disasters, conflict, pandemics, climate change, environment, economic, psychological, business and science, and national security.  Trying to find a single definitive description of resilience is not easy.

Despite the enormity of the challenges thrown in its path since it came into being in 1947, Pakistan has proven itself to be the epitome of a resilient nation. In its short life, the country and its people have struggled through many crises. The country remains one of the most disaster-prone countries – there are constant threats from earthquakes, floods, droughts, cyclones, snowstorms, glacial lake outburst floods, and locust plagues. It is also in the top eight countries most affected by climate change. Each event puts enormous pressure on the economy and the wellbeing of the people, many of whom are pushed further into poverty and hunger when crises strike. 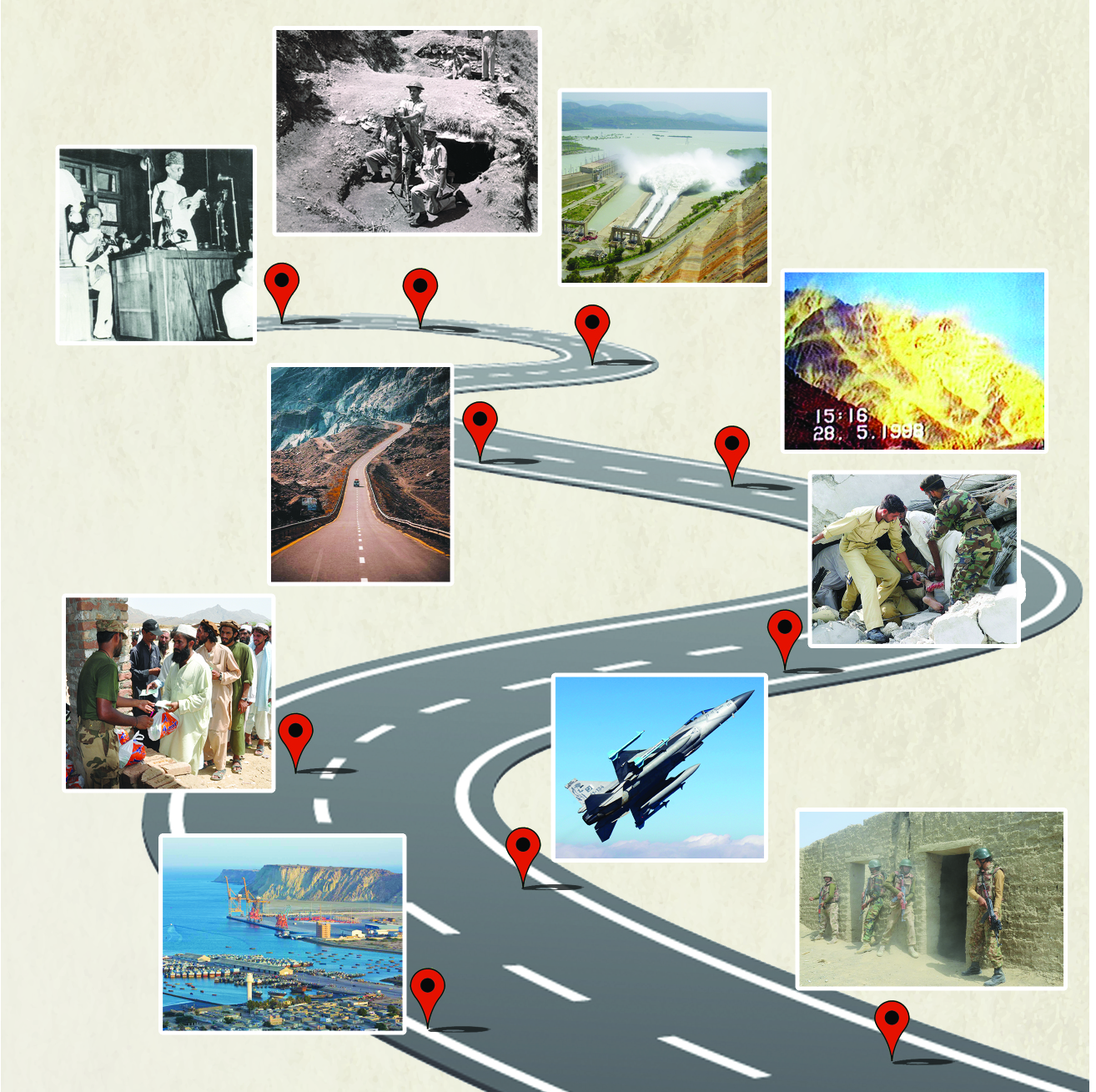 Pakistan has survived so many tough challenges when other countries have fallen into fragility and conflict, and ultimately, disintegration. Despite remarkably challenging odds the nation stands tall and proud and prepared to face whatever comes its way, with determination and courage.  But we cannot lose sight of the need to do more.

These may have been some of the biggest challenges which required both the state and the people to strive for resilience, and to bounce back, or at least attempt to, but they are not the only ones. Even small disasters and shocks create additional burdens on society.  It is always the poorest members of society who suffer the most. In times of crisis, the social inequalities are exacerbated. Disasters and conflict destroy their homes, crops and livestock, they lose their livelihoods and access to income. COVID-19 has again exposed this reality as countries locked down and, with businesses shut down and without the means to continue to employ people, millions of jobs have been lost. For day wage earners in Pakistan, the numbers most likely were around 25 million. Although the Government stepped in to support them by implementing a plan that certain key industries could continue to operate, the reality was that it could not save all jobs for these workers.
Droughts continue to be a serious threat to large parts of the country, threatening the existence of communities and all that they have. Developing drought resistance crops and improving water management will do much to strengthen food security not only for the affected areas, but the nation as a whole; any threat to food security can have catastrophic impacts. With a plague of locusts devouring its way around the region, plus other weather-related threats, any event that pushes people further into food insecurity will become a challenge that will be hard to easily resolve. Without work and scarcity of food, resilience is tested to the limit.
Strengthening the System
There is no doubt that human beings do have extraordinary resilience but that is not an excuse to ignore the need for lessening their burden by better planning and support where needed to ensure that coping with shocks is less painful and bouncing back is faster. This is the duty of the State but building national resilience requires the support of many stakeholders. Developing inclusive policies to lift people out of poverty through the provision of opportunities for livelihoods, and income is critical. With sustainable livelihoods communities and individuals can create assets which provide them with the means to build a better life for them and their families, educate their children, and save a little money for harder times.
While Government at Federal, Provincial and District levels must take the lead, everyone right down to community and individual level needs to understand how better to reduce risk, strengthen coping capacity, and how to recover from shocks. Not an easy task. Strong actionable policies and key messages are important.
All planning by the State and humanitarian and development agencies requires a jargon-free understanding of the components of achieving resilience including understanding all risks. Risks include many types of shocks that can occur at any time – natural and man-made disasters, pandemics, and conflict, and an economic recession. This requires extensive work to assess vulnerabilities, develop preparedness mechanisms, early warning systems, better agricultural practices and drought-resistant crops, disaster-proofing all construction and infrastructure, community based risk reduction programmes, social inclusion and protection, and ensuring livelihoods for all. Education and healthcare must also be improved substantially. These are just a few of the considerations. All are costly to develop but the benefits will far outweigh the impact of actual shocks and will make Pakistan a truly resilient nation long into the future.
Pakistan has survived so many tough challenges when other countries have fallen into fragility and conflict, and ultimately, disintegration. Despite remarkably challenging odds the nation stands tall and proud and prepared to face whatever comes its way, with determination and courage.  But we cannot lose sight of the need to do more.
So perhaps we can look to the past for an inspirational quote that still resonates today about building a strong and resilient nation.  Muhammad Ali Jinnah, in his Eid-ul-Azha message to the nation on October 24, 1947, said, “My message to you all is of hope, courage and confidence. Let us mobilize all our resources in a systematic and organized way and tackle the grave issues that confront us with grim determination and discipline worthy of a great nation.” These words are every bit as true today. Success in building enduring national resilience requires vision, commitment, critical thinking, innovation and inspiration. Now is the time to build for a strong and resilient future.