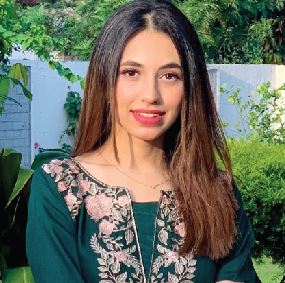 A Story of Heroism and Unparalleled Courage

An Interactive Session with Vice Admiral Ahmad Tasnim (R)
Vice Admiral Ahmad Tasnim fought in both the Indo-Pak wars of 1965 and 1971. Being a submarine officer, he displayed unparalleled valor and heroism in both wars thus earning the coveted awards, Sitara-e-Jurat and Bar. On the special occasion of Defense and Martyrs Day, he was requested to share his memories about the two wars. 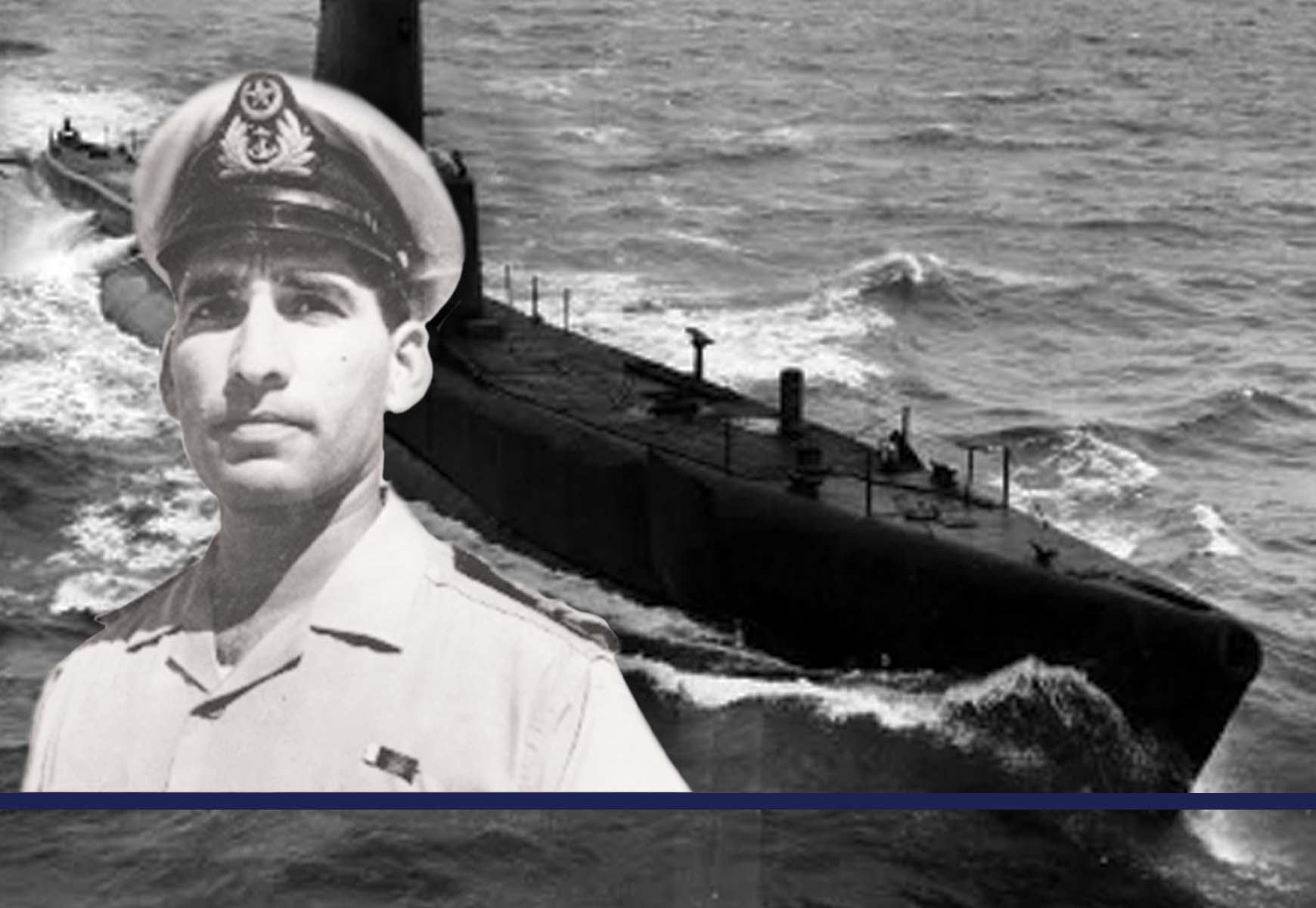 Q. Sir please give a brief recount of your early life.
I was born in East Punjab, and it was amidst the massacres and bloodshed of 1947 that my family migrated to Pakistan when I was twelve years old. As being the first grandchild of my family, I was sent to a madrassa by my grandfather where I spent two to three years. Our madrassas were different from conventional madrassas as they highlighted the importance of cleanliness, physical fitness and science in an equal manner, from a very early age. Afterwards, I went to Islamia High School, Jhang. The school played an important role in building the personality of its students in a religiously harmonious manner.
After doing my FSc, I shortly joined the Joint Services Pre-Cadet School (JSPCTS), Quetta. Among many prominent officers, the famous M. M. Alam from Pakistan Air Force was also my batchmate. We are from the 9th Long Course. I have also served in Pakistan Army in various capacities, the last being when I was the Chief Instructor at National Defence College, (now known as National Defence University). Many of my students are prominent military figures nowadays. As there was no Naval Academy in those days we went to PNS Himalaya where basic subjects of English, trigonometry, astronomy and saluting were taught. I joined the Royal Naval College Dartmouth, United Kingdom, in 1954.
Q. Was joining the Navy a childhood passion or an accidental event?
I grew up during World War II i.e., 1939-1945. Becoming naturally inclined towards news and movies, the uniform became part of my fascination quite easily. Yes, joining the Navy was a coincidence but joining the forces became my ambition, and when Pakistan came into being I was quite adamant to join the military. From Royal Naval College Dartmouth, I passed out and became a Midshipman – which is equivalent to Second Lieutenant in the Army. Afterwards I had to go to Australia as we did not have any ship for sea training. On January 1, 1957, I was commissioned as a Pakistani officer in the Royal Australian Navy. I served on board two Australian aircraft carriers for sea training. Then I did my Junior Officer War Course at the Royal Naval College, Greenwich, from UK. After the completion of all these courses and training in 1958, I returned to my homeland and got posted on board PNS Jahangir in East Pakistan.
On my return from Burma, East Pakistan, I was selected as an Aide-de-Camp (ADC) to Field Marshal Ayub Khan. That was the first time I came to Rawalpindi in 1961; I used to go for a walk from Army House to Mall Road. I stayed as an ADC for about two years. During that time, President Ayub went to the U.S. and managed to get PNS Ghazi on loan from U.S. President John F. Kennedy for training. In the meantime, I got married. Once PNS Ghazi’s acquisition was confirmed, I was sent to the U.S. Submarine School, New London, Connecticut, where all the submariners would be trained. After training for almost a year or so I was on board the USS Angler, one of U.S.’ submarines, a rare honor for me which reflects mutual trust and friendship.
Q. When was PNS Ghazi commissioned in Pakistan Navy?
PNS Ghazi was commissioned on June 1, 1964, and arrived in Karachi in August 1964. Commander K. R. Niazi (later Admiral) was the Commanding Officer, while I was the third operational officer. A few months later, I became the second Commanding Officer. One thing that should be kept in mind is that submarines always operate in enemy waters. We have been frequently asked why we went there; that is because we have 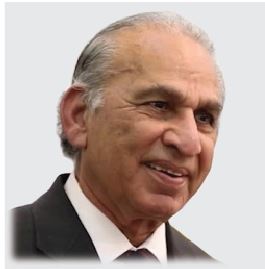 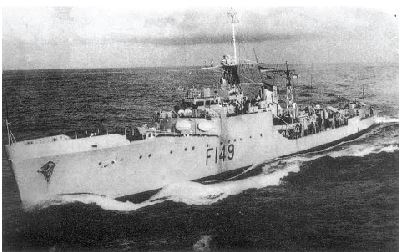 Q. How would you describe your gallant act of destroying the Indian warship, INS Khukri, in the 1971 War?
On 8th of December, when we were somewhere in the North, near Gujarat, we observed two Indian ships in shallow waters. One thing that we need to understand is that submarines cannot just dive in every water. It needs to be 40 meters under the surface of the water and 60 meters above the sea bottom thus requiring at least 100 meters of water depth. It can be squeezed to a limit of 70 to 80 meters in emergency. We knew that the Indian ships were functioning in 55 meters of water depth but we took a chance by decreasing our depth from 100 to 60 meters to the exact arrangement of the Indians. They were following a search pattern. I tried snorkeling them but they escaped each time, exhausting my battery. Then an idea struck my mind; both of us were following the British training books. I tried to fit into their shoes and discovered that theirs was a rectangular search. I spared no time and stationed my submarine on one of the legs of their search pattern. I had only 20 meters of water depth underneath PNS Hangor, one hit to my submarine and everything would be finished. We fired on one of the ships but the torpedo we fired did not explode, though it processed correctly, due to a technical problem. We did not lose hope and quickly turned our aim towards the second ship and fired. The ship got hit at the back edge where 7 tons of magazine (ammunition) were placed, causing a huge explosion and heavy casualties. It killed almost 200 Indian soldiers and only 50, or 60 got injured. It took us only 2 minutes to destroy the enemy’s ship. 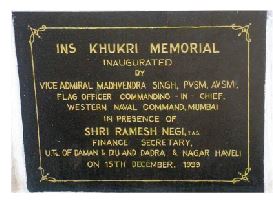 Q. What was India’s stance especially after their ship got destroyed at the hands of Pakistan Navy?
When the ship sank, we were also bedraggled with a limited supply of fuel and stamina. We had to come to Karachi and the Indians knew that. They left no stone unturned to launch themselves on us via surface ships, helicopters and aircraft. One depth charge is enough to shake a whole submarine, let alone a person, from head to toe. They threw 156 depth charges on us, multiplying our misery by a 100 times. It was very difficult to keep the calm among us while facing an inevitable death. Sinking a ship is not a joke, the very next day it was in their parliament. They probably made a Khukri Monument where the ship sank in 1971.
Q. What was the most crucial moment of your operational life on the submarine?
I would say those 60 seconds when my first torpedo did not fire were the most crucial moments of my operational life. It was one of my juniors upon whose insistence we took a chance and fired again, ultimately resulting in the destruction of the enemy ship. Remember, all these revolutionary ideas will never come at the age of 40 or above. Do encourage fresh blood to come forward and share their piece of mind.
Q. Tell us about the time during the 1965 War, specifically General Ayub’s speech, “Hindustani hukamran shaid abhi nahi jantay ke unhon ne kis qoum ko lalkara hai.”
We heard the speech at 12 a.m. Naturally, being an ADC to General Ayub Khan, I had a special attachment and deep respect for him in my heart. I have yet to see a man of his stature, so simple and down-to-earth, the one who cared so much for public money that I would place him next to 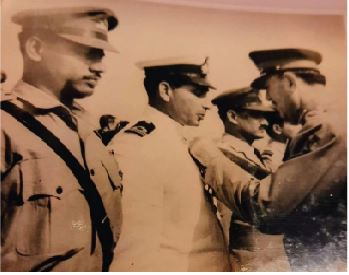 Quaid-i-Azam and Liaquat Ali Khan for his unwavering love and generosity for his country and people. Spirits were very high in the 1965 War as I have stated earlier. In 1971, I would say that we were again very motivated but it was not like this with the nation. It was more of politics and history proves that “There is no military solution to political problems”, as also envisaged by Prime Minister Imran Khan. East Pakistan was a political problem and had no military solution to it. Afghanistan is another living example.
Q. Sir, what were your feelings when a gallantry award was conferred upon you twice after the 1965 and 1971 war?
I got my first Sitara-e-Jurat in 1965 and second Sitara-e-Jurat in 1971 for destroying INS Khukri. It’s a great honour to have Sitara-e-Jurat twice, as the only living Naval officer, and I dearly wish and pray to God that I remain as humble as I am.
Q. Sir, being a war veteran and a highly decorated war hero, what message would you give to our youth?
I would like to share on a lighter note, please work hard in schools and be careful on roads. You are our future and we rely on you. Stay away from drugs and respect the law, as a French saying goes, “A house is judged on how you answer the door bell, an officer is judged on how he answers the phone call and a nation is judged on how it behaves on roads”.