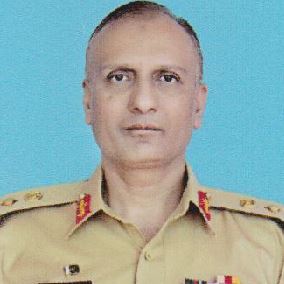 Pakistan Army has been maintaining an armour fleet since independence. At that time Pakistan Armoured Corps inherited a few old American and British tanks which served for long. With the induction of Chinese origin T-series tanks which started in 1970s, there was a major shift from Western technology to Eastern technology. 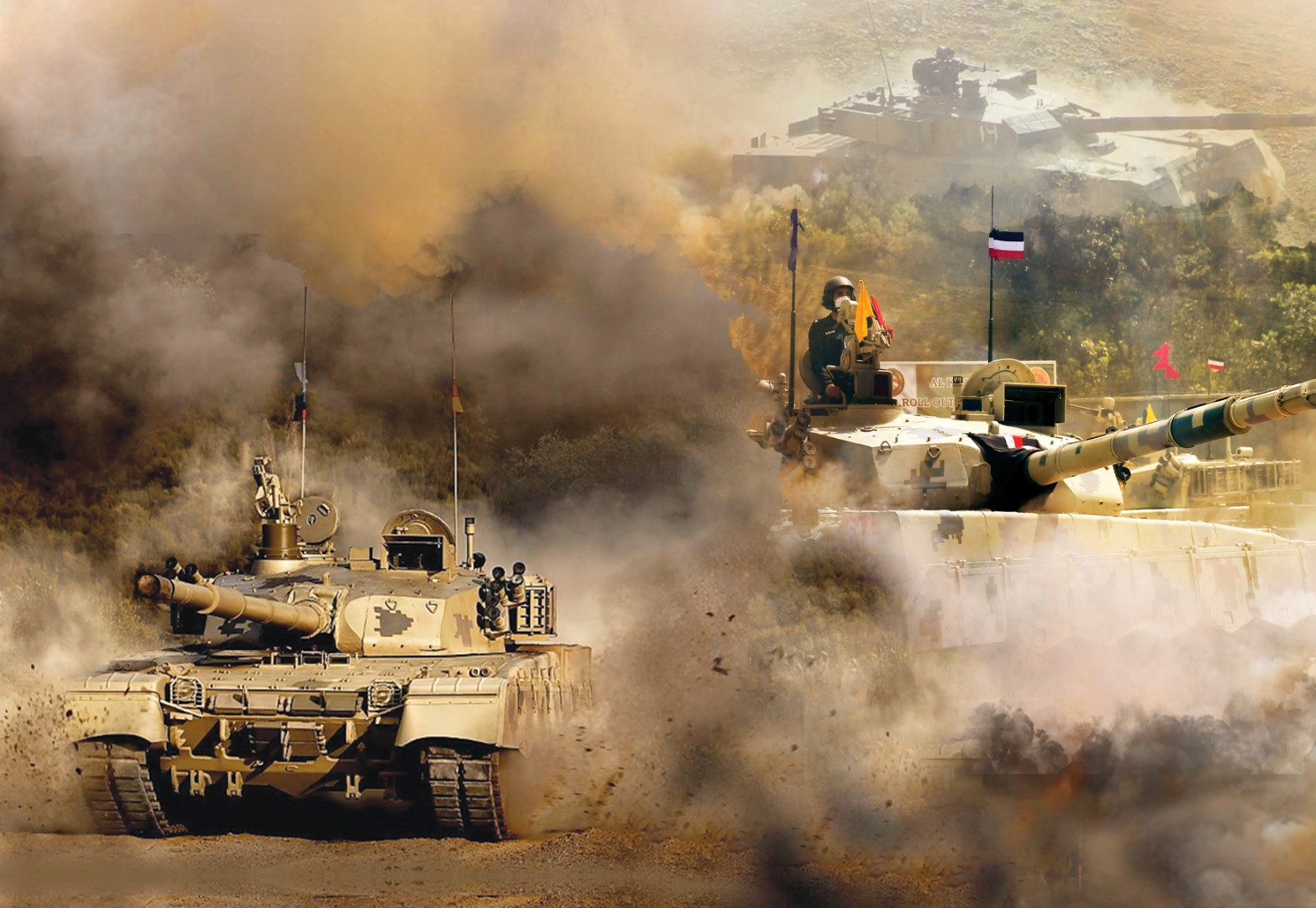 For exigency and self-sustenance as well as to measure up to the country’s requirement Heavy Rebuild Factory (HRF) was envisaged. The facility was initially established to undertake rebuild of T-series tanks which subsequently expanded its scope to manufacture new tanks and was renamed as Heavy Industries Taxila (HIT). Over the years, HIT has grown into a Defence Production Hub, housing a number of factories and a Research and Development Centre. Till the 1990s, HIT had ventured into production of a variety of tanks and supporting military equipment, which included tank T-69IIMP and ARV W-653. With the introduction of autoloader technology in the tanks, a need was felt to modernise Pakistan Armoured Fleet by induction of tank T-85IIAP. Production of the same was undertaken in Pakistan by HIT.
In the early 1990s Pakistan took the initiative to design and develop its own indigenous tank, which could match contemporary tanks of that era. The tank development programme was named as MBT2000 programme. This programme was undertaken in collaboration with our time-tested friend, China. A number of combinations were tried and finally an optimum design incorporating advanced features was selected for production by the name of Tank Al-Khalid.
Production of Tank Al Khalid commenced in the year 2000 and continued for a decade. During this period a number of advanced technologies were introduced in defense production. Few prominent advancements include accurate target acquisition and engagement, enhanced accuracy in fire control systems, sophisticated image processing technology, sensitive NBC (nuclear, biological & chemical) detection and protection systems. An upgradation of Al Khalid was planned with a view to incorporate these latest technologies. The advanced tank was named Al Khalid-I. Al Khalid-I is developed on the platform of Tank Al-Khalid with addition of the above-mentioned advanced features, thereby enabling the tank to engage the targets more efficiently and improving the 1st round hit probability. Tank Al Khalid-I marks the addition of a 3rd generation tank in Pakistan Armoured Fleet. In addition, these added features enhance crew survivability.
Some of the prominent features of Tank Al Khalid-I are as under:
▪ Mobility. The tank houses Six Cylinder, Horizontally Opposed, Turbo Supercharged, 1200 HP Multifuel Diesel Engine which provides a higher Power to Weight ratio than contemporary tanks. This provides enhanced mobility and capability to negotiate vertical obstacles, trenches, gradients and side slopes.
▪Cruising Range. Multiple internal and external fuel tank groups, coupled with fuel efficient powerpack, provide enhanced cruising range exceeding 450 km.
▪ Multiple Forward and Reverse Speed Transmission. The transmission has seven forward and four reverse speeds, which enable the tank to achieve speed exceeding 70 km/hour even in the desert. The rubber padded track provides vibration damping and sufficient traction on metaled road and during cross-country move. The pivot turning feature adds to mobility in restricted spaces and built-up areas, providing ease of operation in urban warfare as well.
▪ Digital Driver Panel (DDP). The tank is equipped with DDP for ease of driving and better ergonomics. The advanced alarm features and data storage of DDP ensures safety of the engine during operation and timely preventive maintenance.
▪ Low Silhouette. The compact power pack enables the tank to maintain low silhouette, thereby, adding to its passive protection.
▪ Protection. The tank is protected with composite armour which provides protection against APFSDS, HE and HEAT ammunition. In addition, it is equipped with smoke grenade launchers and active fuel-based smoke screen generation capability to mask the tank from enemy observation.
▪ Crew Protection. The tank crew is protected against nuclear, biological and chemical (NBC) agents and fire/explosion resulting from HEAT attack.
▪ Firepower. The tank is equipped with an accurate 125 mm Smooth Bore, Chrome Plated and Hydraulically Autofrettage Main Gun. In addition, the tank is also equipped with 7.62 mm coaxial Machine Gun and 12.7 mm Anti-Aircraft Machine Gun, which provides protection against any approaching ground and aerial target.
▪ Auto-loading. The carousal magazine-based autoloader provides high rate of fire to the gunner and commander. This has also reduced tank crew from 4 to 3 persons. The ammunition stowage in Carousel Magazine and additional compartments in the tank enhance war fighting stamina of this tank and reduce burden on logistic resources.
▪ Head Mirror Stabilized Gunner Sight (HMSS). The HMSS, with multiple magnification options, is an advanced feature providing ease of operation to the gunner, enabling him to engage targets accurately under all weather and terrain conditions. This feature has considerably improved the 1st round hit probability of this tank.
▪ Gunner Thermal Imaging (TI) Sight. The gunner is provided with a Thermal Imaging Sight. The view of this sight is also available with commander, in addition to his dedicated Commander’s Panoramic Sight. 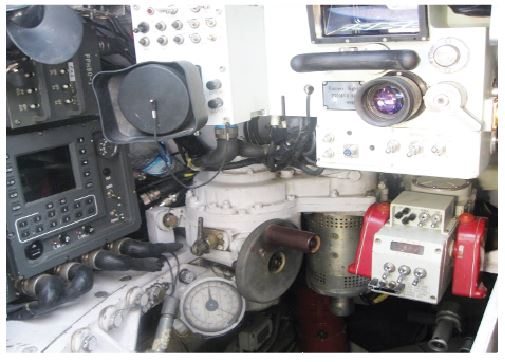 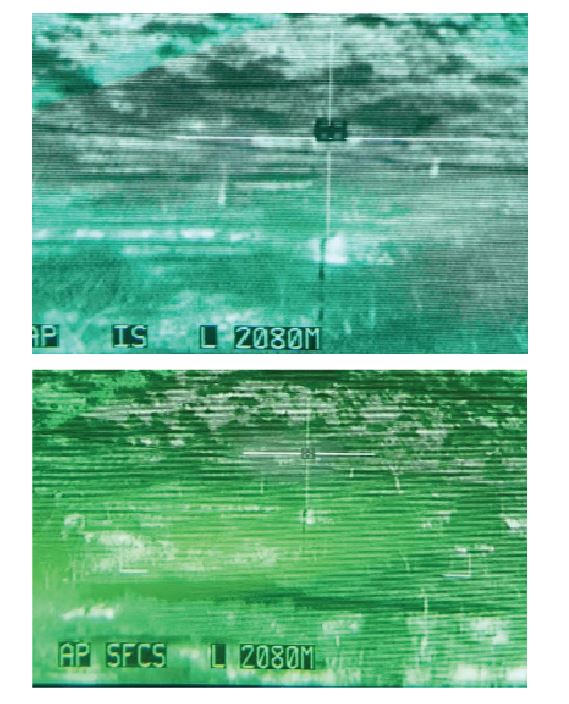 ▪ Hunter-killer Capability. The fire control system provides hunter-killer capability to Tank Commander and Gunner, which provides the option of multiple target engagement within a short span of time.
▪ Commander Over-Ride Feature. Tank Commander has the option to take control of the main gun at any time and engage priority targets, using his dedicated Panoramic Sight or TI view. This feature adds to lethality as well as active protection of the tank.
▪ Accurate Muzzle Reference System. An accurate and robust Muzzle Reference System (MRS) is provided with the Gunner Sight which caters for all-weather effects during fire and maintains firing accuracy at its maximum.
▪ Self-Entrenching Capability. A hydraulically operated dozer blade is provided at the front of hull, which is very effective in concealment of tank in battlefield conditions.
Advancements in technology are an ongoing process. Avenues are being explored to further incorporate advanced technologies in Al Khalid-I to keep pace with contemporary tanks. Al Khalid-I can truly be called the “Pride of Pakistan” and our endeavour is to bring it to a level of excellence which is second to none.