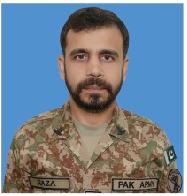 Nations that are strong enough to face any daunting challenge, physically and mentally with courage and determination, have made progress and turned their dreams into reality. Pakistan Army is trained to constantly uphold its soldierly attributes of courage, character and competence to fulfill the trust reposed by the nation. Physical Agility and Combat Efficiency System (PACES) of Pakistan Army has proven its effectiveness during the fight against terrorism. Pakistan Army has confronted insurmountable challenges that called for extreme endurance and constant vigilance 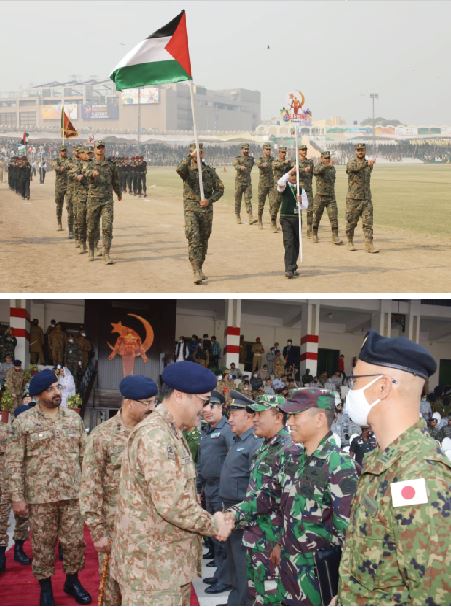 Pakistan Army hosted and organized the third International PACES Competition in which 160 sportsmen from 16 teams, including 9 from Pakistan Army and 7 international sportsmen, participated in the historic city of Lahore. Contingents of 6 countries from Iraq, Jordon, Palestine, Sri Lanka (2 teams), Uzbekistan and UAE took part in the competition whereas representatives from Myanmar, Indonesia, Japan and Egypt participated as observers.
The conduct of events during PACES was the real test of physical strength and endurance of the participants. Being one the toughest competitions for the international and national Army teams, PACES was regarded as a true reflection of the physical standards and endurance of the soldiers.
The opening ceremony of the 3rd International PACES competition was held at Fortress Stadium, Lahore. Lieutenant General Syed Muhammad Adnan, Inspector General Training and Evaluation (IGT&E), graced the occasion as the chief guest.
Lieutenant General Syed Muhammad Adnan, gave a warm welcome to the participants from friendly countries. He lauded their spirit, enthusiasm and participation. The chief guest emphasized on the importance of physical agility and combat efficiency for battle worthiness of the armies. He stressed that physical fitness is the hallmark of a soldier that gives him the ability to endure the hardships of the battlefield. Highlighting the improved security situation in Pakistan, Lieutenant General Adnan declared Pakistan a safe country for sports and tournaments.
All the participating teams joined a flag march past, followed by a PACES theme video, pipe band display, tent pegging and traditional folk dances on the tune of famous regional songs along with a spectacular demonstration by the Pakistan Army band which won a thunderous applause from the audience. 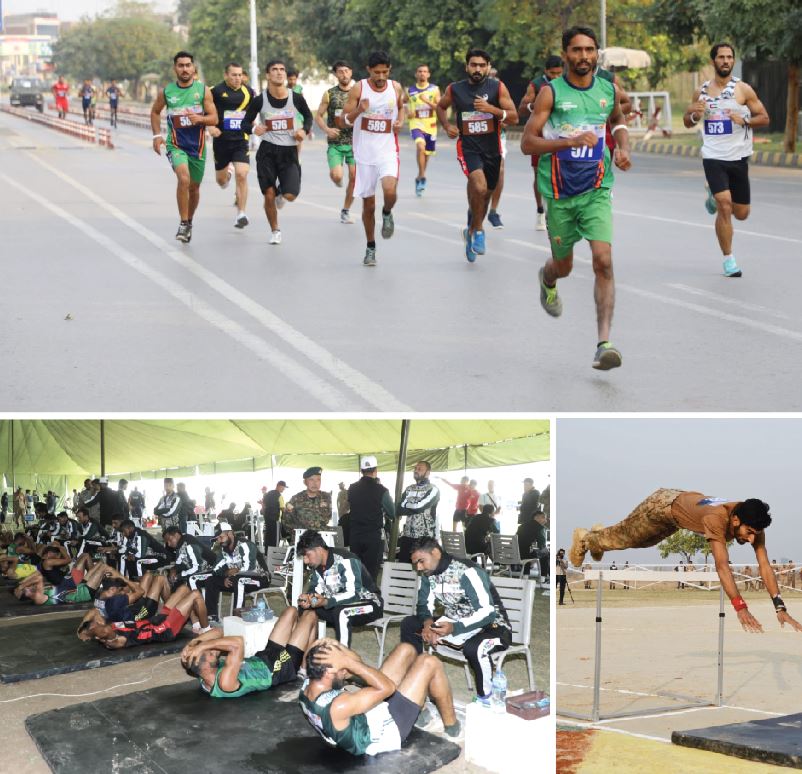 The conduct of events commenced with a pull ups competition at Ayub Stadium on November 2. The gold medal was secured by Corporal D.M.C. Dissanayake from Sri Lanka in the international catagory and in domestic, Sapper Amjad from Engineer Center of Pakistan Army won by doing a record 967 pull ups, breaking record of the 2nd PACES competition. Silver medal was awarded to Corporal Aththanayake from Sri Lanka in the international category and in domestic, to Sapper Awais from Engineers Center. The bronze medal was secured by Corporal Wanigasekara from Sri Lanka and in domestic by Sapper Hassan from Engineers Center.
The second day of the competition dawned with a 3.2 kilometer race. A total of 160 enthusiastic athletes, who were divided into five groups, took part in the race which started from Askari 10 near the Allama Iqbal International Airport, and ended at Ayub Stadium Cantt. The participants showed extreme enthusiasm and passion in running. 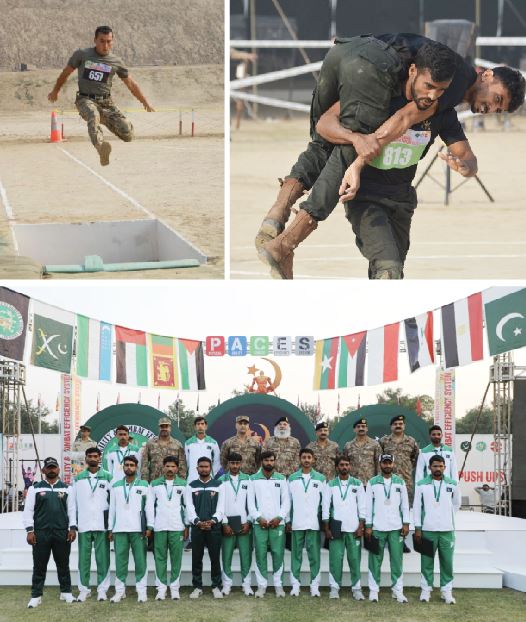 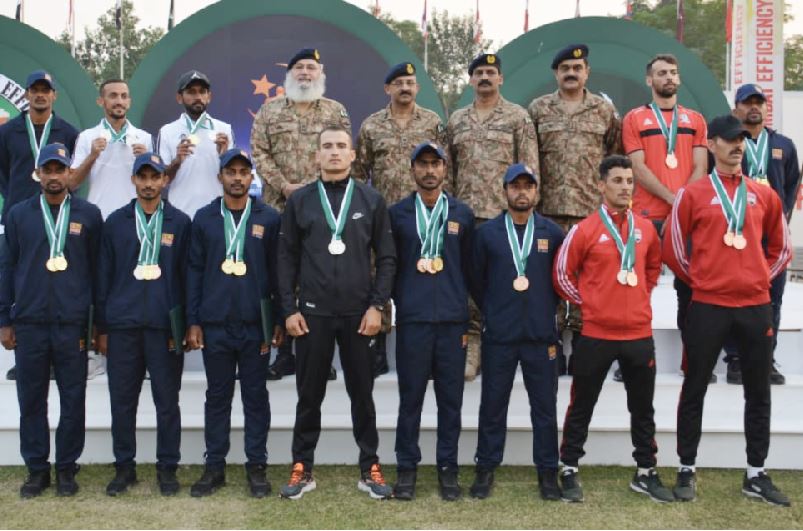 In the fittest of the fittest category, Corporal Dissanayaka from Sri Lanka and Sapper Amjad from Engineers Centre received gold medals.
In the international teams category, Sri Lanka secured the gold medal while UAE and Uzbekistan jointly won the silver medal, while the bronze medal was shared by Palestine, Jordan and Iraq.
In the domestic teams category, the defending champions, Engineers Regimental Centre Team, won the gold medal. The silver medal was won by Multan Corps and bronze by Baloch Regimental Centre Team.
The closing ceremony of the 3rd International PACES Competition was held at Ayub Stadium, Lahore. Lieutenant General Muhammad Abdul Aziz, Commander Lahore Corps, was the chief guest at the occasion.
The chief guest awarded prizes to the winning teams and individuals and congratulated them for their excellent display of physical fitness, endurance and sportsmanship. He lauded the performance of Pakistan Army teams and complimented them for the highest standards of physical fitness displayed by them.
The chief guest specially appreciated the performance of the international teams and thanked them for their enthusiastic and vigorous participation.
The successful completion of the 3rd international PACES Championship at Lahore reflects positively on Pakistan's image as a peaceful nation that is completely safe and secure for the conduct of international sports events.
The chief guest complimented the organizing team and associated staff for making the event a great success.
Alongside the events, the participants also visited the historical places of Lahore and Wagah Border.