The final match of the tournament was played between Aqeel Khan and Muzammil Murtaza. After a very sensational and exciting competition, Aqeel Khan won the match and was declared the champion of 2nd CJCSC Open Tennis Championship 2019.
The chief guest, General Zubair Mahmood Hayat, gave away the shields and cash prizes to the winners/runners-up of different categories and congratulated them on their success. While addressing the audience, he said that this tournament would indeed contribute in raising public interest in this important game. He also urged the public/private sectors and professionals to come forward and help in promoting the game of tennis. The chief guest lauded the efforts of Patron Pakistan Navy Tennis, Services Sports Control Board (SSCB), Pakistan Tennis Federation (PTF), Sindh Tennis Association (STA) and sponsors for successful conduct of the championship. 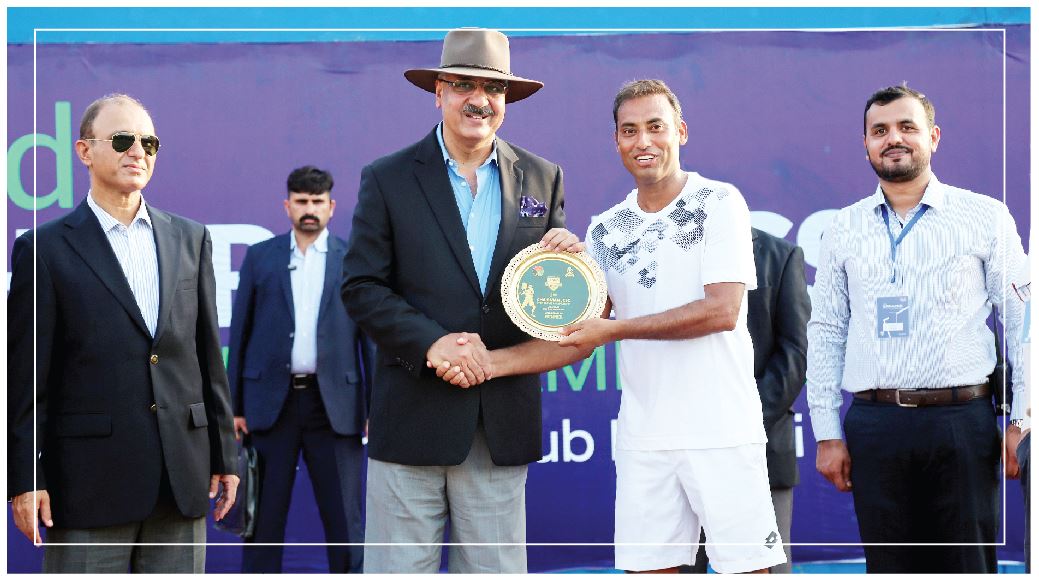 The seven-day Tennis Championship, held from July 15 to 21, was the second successive edition conducted by Pakistan Armed Forces which will also continue in the future to promote the sport amongst the masses. About 220 professional/amateur players from different age categories including women special/wheelchair personnel and top national players participated in the event. Prize money of the tournament was PKR 0.6 million.
The closing ceremony was attended by a large number of dignitaries, officials of PTF, STA and prominent players.