The year 2019 proved to be one of the most eventful years on the world’s second and Pakistan’s highest mountain, the mighty PakPeak K2 (8611m). 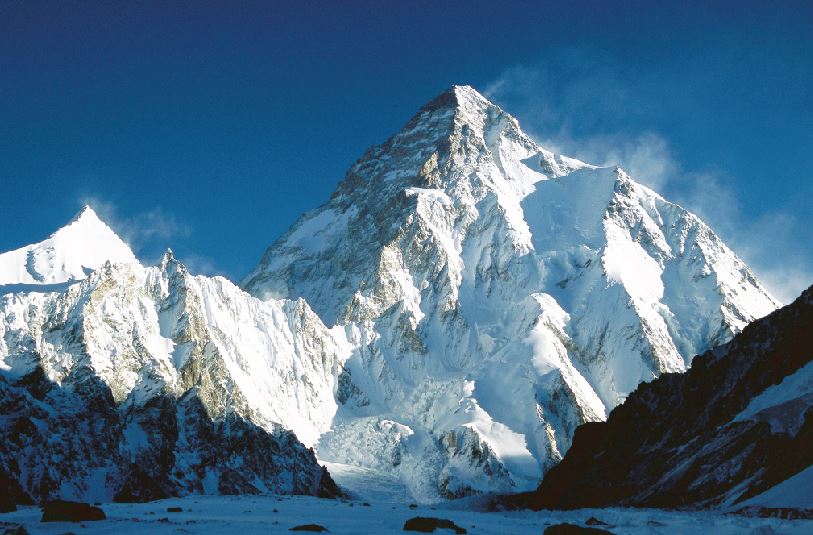 In the beginning of the year, the mountaineering community worldwide was keenly following two high profile teams at the K2 Base Camp poised for the first winter ascent of K2. Of the fourteen mountains that rise up to at least 8,000 meters (26,246 feet), Pakistan’s K2 remains the only peak unclimbed during winter. Many mountaineering experts call the ascent of K2 in the winter as one of the last remaining challenges of professional mountaineering.
Two teams bidding for K2 in winters at the beginning of the year comprised of few of the world’s toughest climbers. A team of Europeans led by Spanish climber Alex Txikon, and the second team led by Vassiliy Pivtsov of Kazakhstan, comprising climbers from Russia, Kyrgyzstan and Kazakhstan. Despite multiple daring efforts both the teams remained unsuccessful, primarily due to the severe weather conditions. And so the enviable achievement of surmounting the last great challenge of mountaineering remained intact. 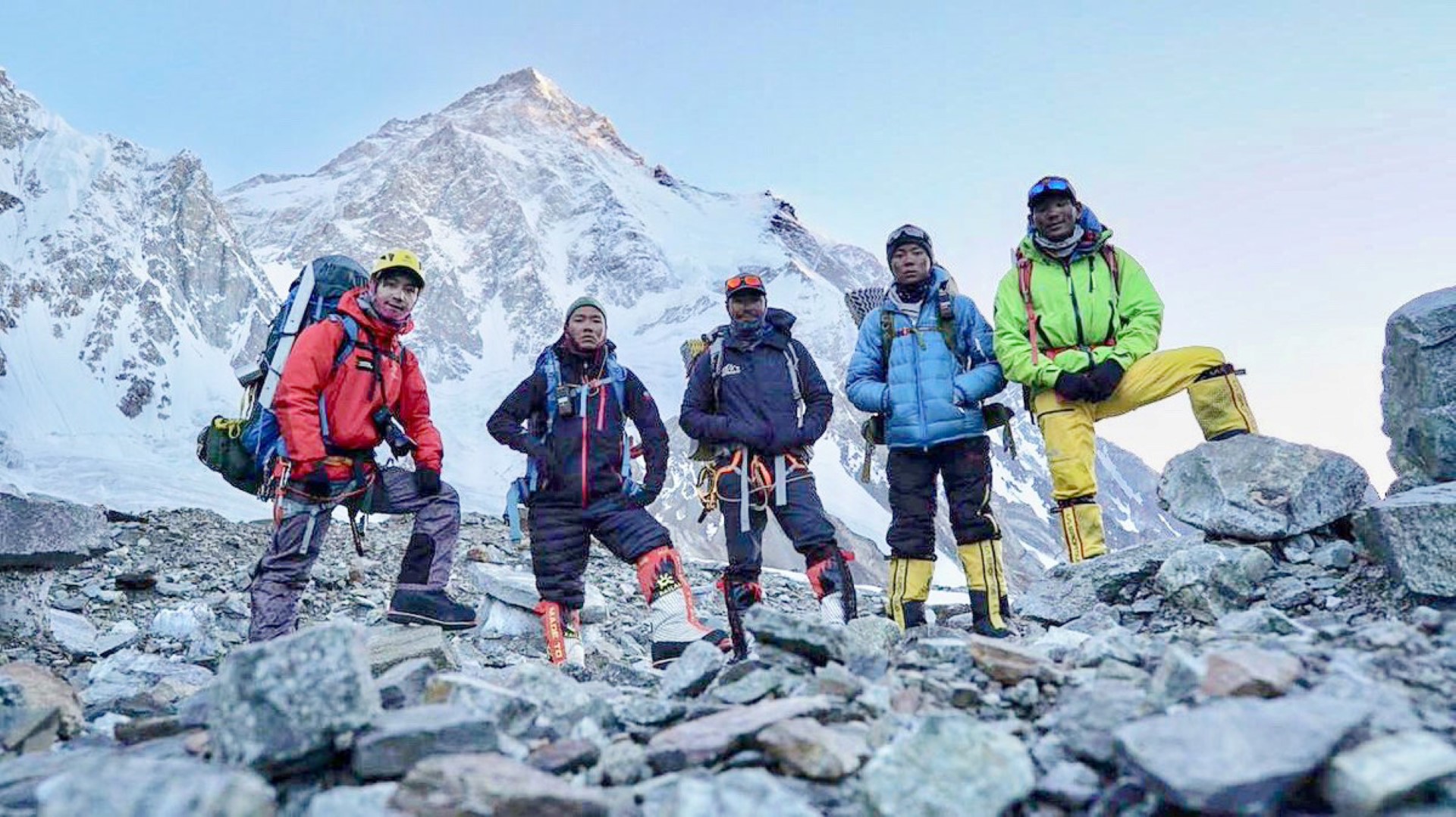 Summer on K2 proved to be quite dramatic. It started with optimism, hopelessness loomed in the middle and eventually had a happy ending. This year the Government of Pakistan issued more than one hundred climbing permits for K2. In mid-May, teams of climbers started pouring in. In terms of number of mountaineers, start of the summer season was quite encouraging as compared to previous years. For the next two months all the teams at K2 remained on the look out for the right time and favorable weather window. Many a times, owing to clear weather, it was hoped that a record number of climbers will summit K2 this year. Against all expectations the weather remained clearer than ever and posed no major threat to the summit attempts. In mid-July excitement for the summit was palpable. However, deep soft snow at the top section of K2 proved to be a major impediment for the mountaineers.
By the third week of July, most of the teams lost hope. They abandoned their K2 attempts for this season and began to return home including world renowned adventurer Mike Horn who has multiple attempts at K2 to his credit. The stalemate on K2 came to a dramatic turn when Nirmal “Nims” Puja, a Nepalese native from the United Kingdom, arrived at the K2 Base Camp. Mr. Purja had reached K2 after back-to-back climb of Gasherbrum I and Gasherbrum II, the world’s eleventh and thirteenth highest mountains respectively. Nirmal Purja, a former British Special forces soldier, is on record for his attempt to climb the world’s fourteen highest mountains in seven months. By the time he reached K2 he had already climbed ten of the world’s highest mountains in less than three months including Mount Everest, Annapurna and Nanga Parbat. In the first phase of his mission he conquered six of the highest mountains located in Nepal and in second phase he had to climb five of all eight thousanders in Pakistan. In the crucial second phase, after conquering three of Pakistan’s highest mountains, he was faced with the daunting task of reaching the summit of K2. In these distressed moments when ninety percent of climbers had abandoned their K2 bid for the season, Nirmal showed immense courage and along with his team of four he successfully reached the summit of K2 on the morning of July 24. This bold attempt of Nirmal Purja and his team paved path for the rest of the climbers on K2 in this season. On the same day eleven people summited K2 including American climber Adrian Ballinger, Ecuadorian woman Carla Perez and their three team members. They climbed K2 without supplemental oxygen. Iranian mountaineer Hossein Bahmanyar was the eleventh climber to reach K2 that day. 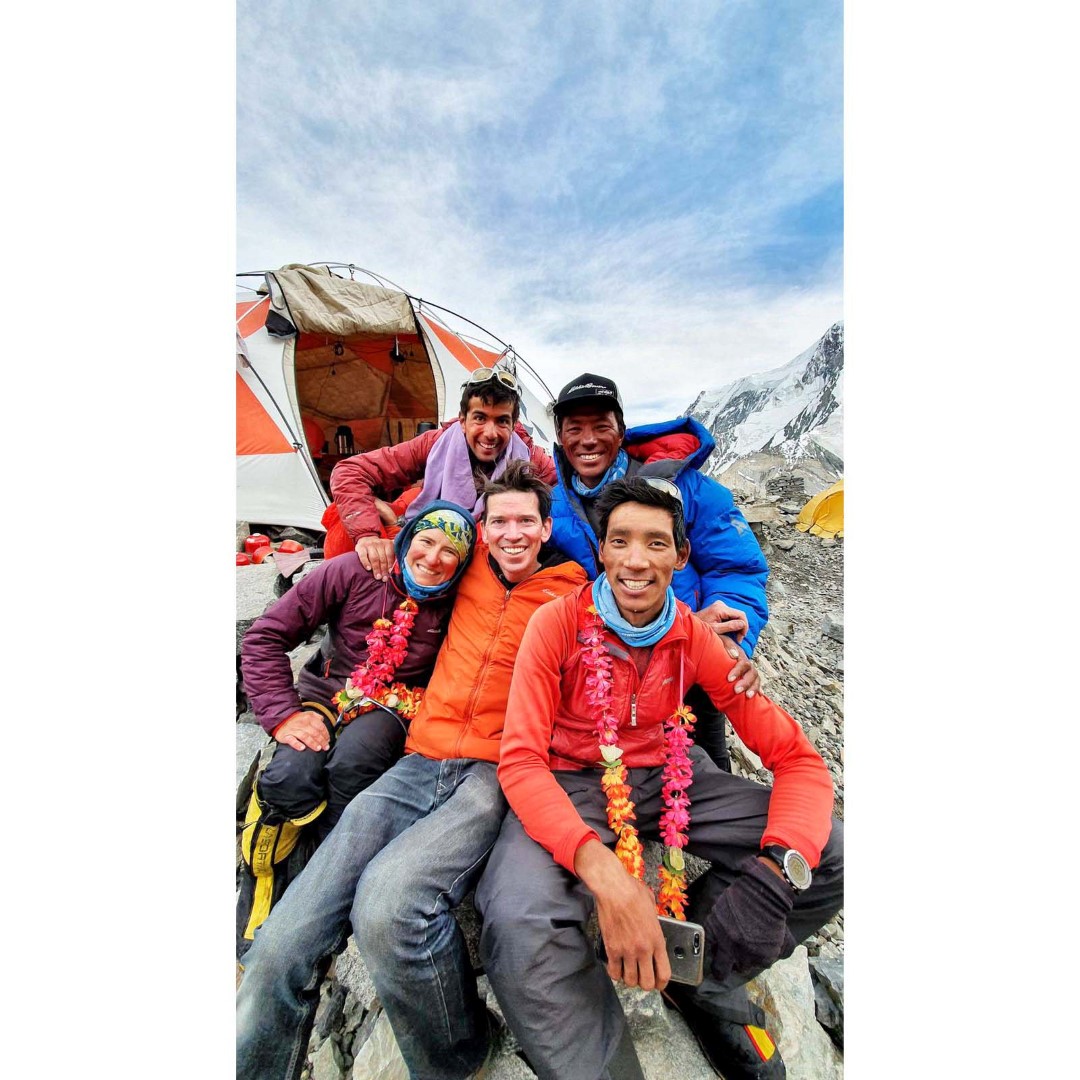 The next day i.e., July 25 proved to be even more interesting. On this day nineteen climbers reached K2 including three Pakistani climbers Dilawar, Yousaf and nineteen-year-old Sajid Ali Sadpara, the son of renowned Pakistani mountaineer Mohammad Ali Sadpara. Other successful climbers including six from Nepal, two each from Germany and Brazil, and one each from Austria, Poland, Czech Republic, United States, Argentina and Bulgaria.
This year four women from Germany, Ecuador, Czech Republic and Brazil also summited K2. Two of them summited without the use of supplemental oxygen. 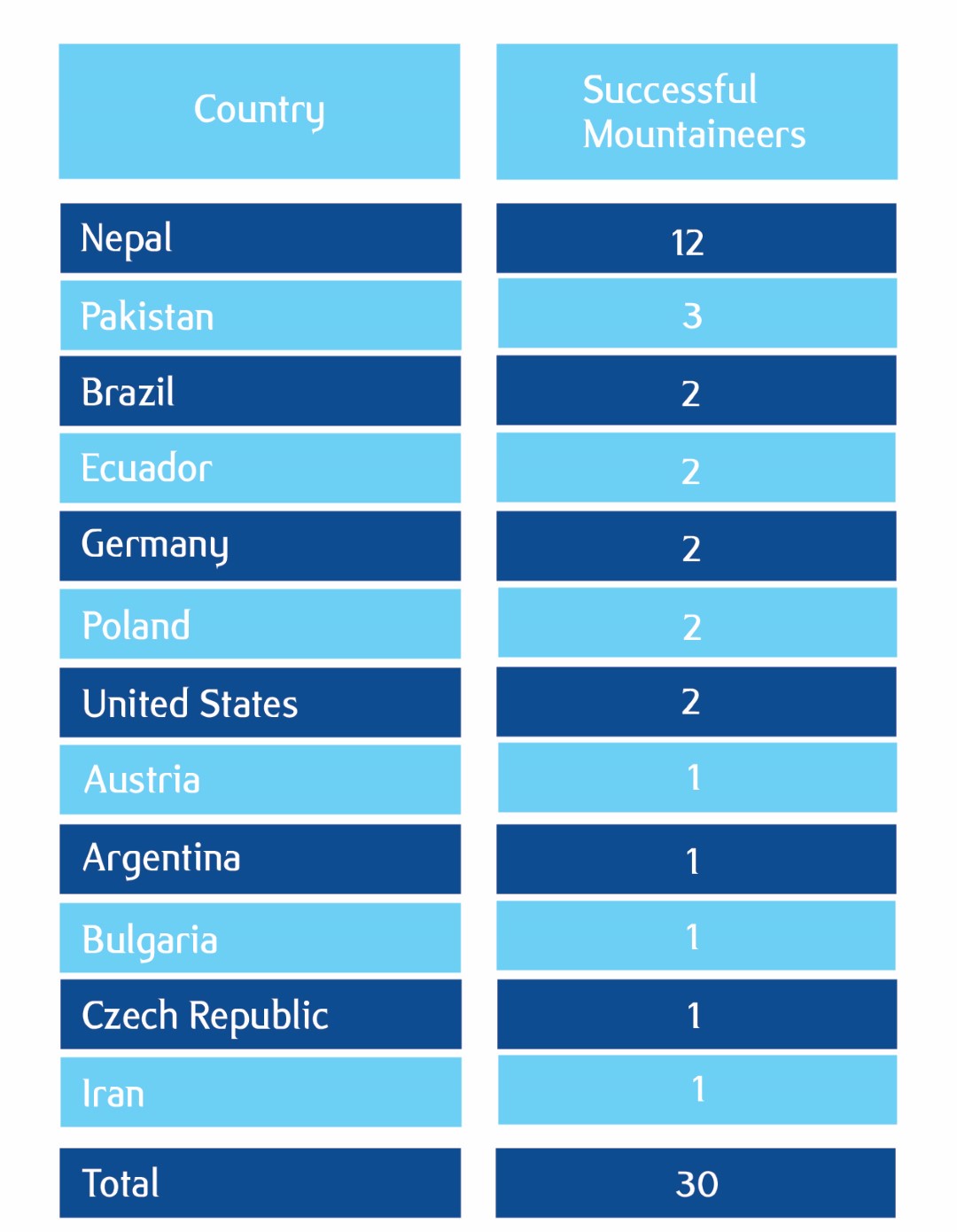 The second tallest mountain in the world is notorious for challenging even the most experienced climbers. Steep routes, sheer cliffs, lack of oxygen and massive ice seracs that could drop massive chunks of ice at any given moment – this is what any climber faces on K2.
This year’s summit was even more positive as no life was lost on the famously dubbed Savage Mountain where almost 80 people have died so far and on average every fourth climber loses his life. According to foreign climbers this year’s arrangements on the K2 Base Camp were much better compared to previous years. A climber who couldn't reach K2 summit due to personal reasons described the life on K2 Base Camp in these words:
“…The life at the K2 base camp was strange – in the evening few people always enjoyed music loudly and danced without any regard for others, a woman was treating the cold place like a beach in her home country and a young military officer became famous for making beautiful sketches of others. All this and a few weeks at the camp of K2 were the most memorable moments of my life.”

The writer is a computer engineer and mountain enthusiast.