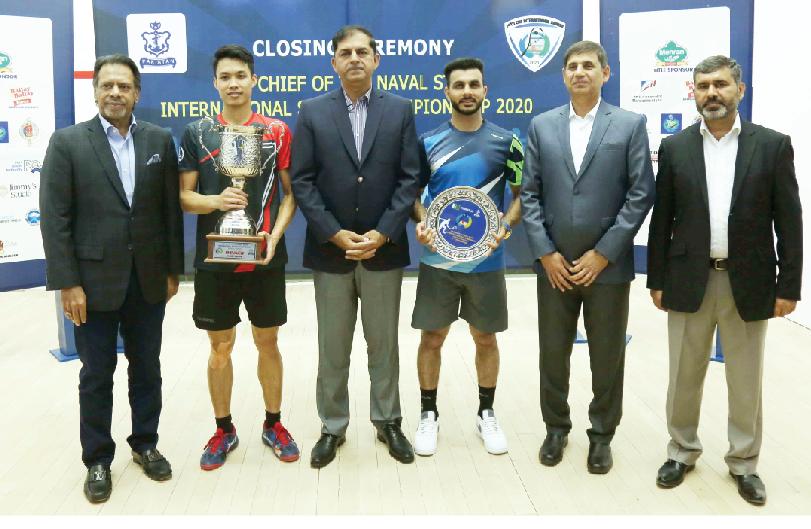 Earlier, while addressing the ceremony, the Tournament Director, Commodore Habib Ur Rehman, apprised the audience about Pakistan Navy’s long association with squash. He said, “Squash Championship has been conducted since two decades to keep Pakistan Navy’s legacy alive that shows commitment for the promotion of games in general and squash in particular.” The Tournament Director also expressed his gratitude to the chief guest, Professional Squash Association, Pakistan Squash Federation and all sponsors and participants.
The final match of the tournament was played between Mr. Tayyab Aslam of Pakistan and Mr. Ivan Yuen of Malaysia. After a tough and thrilling competition Mr. Yuen won the match and was declared the champion of 14th Chief of the Naval Staff International Squash Championship.
Later, the chief guest Commander Pakistan Fleet, Vice Admiral Asif Khaliq gave away the prizes to the winner and runner-up of the Championship. He also congratulated them for their hard work and valued achievement.
The closing ceremony was attended by a large number of civil and military dignitaries, sponsors and senior players of the sports community.