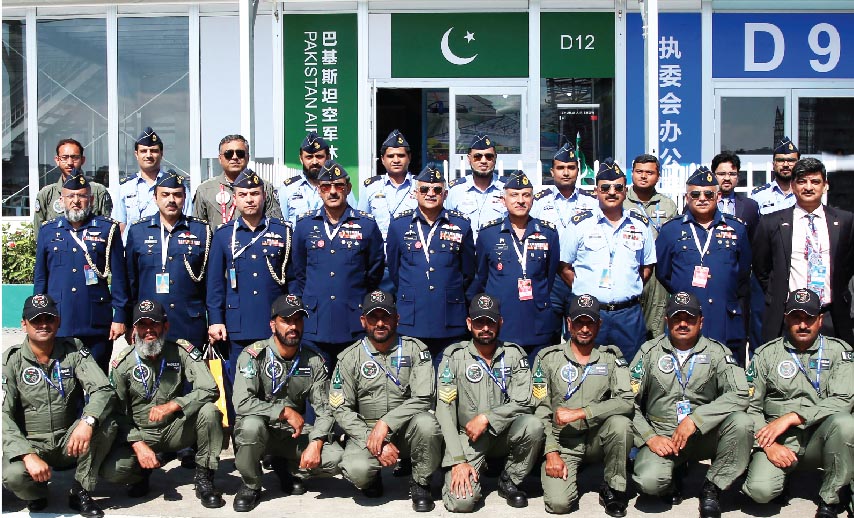 Air Chief visited the Pakistan Pavilion, set up by Pakistan Aeronautical Complex, Kamra, where he interacted with the PAF contingent participating in the show. He appreciated the performance of PAF personnel during the opening ceremony. He also visited the static display of JF-17 Thunder aircraft where he met the pilots and ground crew and lauded their performance during the show. The indigenously manufactured JF-17 Thunder was the star attraction of the show. Displayed alongside other aircraft and defence equipment, eager spectators swamped the venue to sneak a look of the impressive display and learn about the operational capabilities and sophisticated weapons system which the aircraft boasts. The farewell aerobatic performance given on the last day enthralled the excited spectators.

He also visited various stalls at the exhibition where he met the high ranking officials of the air forces of various countries.
In his discussion with air chiefs of other air forces, the Air Chief covered matters of professional interest.