114th Midshipmen Commissioning Parade was held at Pakistan Naval Academy PNS RAHBAR, Karachi. The Commissioning Parade comprised 102 Pakistani and 64 Midshipmen from friendly countries. Chief of the Naval Staff (CNS), Admiral Muhammad Amjad Khan Niazi graced the occasion as chief guest. While addressing the ceremony, CNS highlighted the technological strides and recent acquisitions made by Pakistan Navy and underscored the responsibility and challenges entrusted upon newly commissioned officers. The Admiral said that Pakistan is a peace loving country and desires to maintain amiable and friendly relations with all its neighbors. He underlined that our desire for peace and readiness must not be misconstrued as our weakness as the Armed Forces of Pakistan are fully cognizant of all such nefarious designs and stand fully ready to foil them, whatever the cost may be.

CNS congratulated the commissioning term for practically joining the proud community of the maritime defenders of Pakistan. He also felicitated midshipmen from friendly countries on becoming commissioned officers. During his welcome address, Commandant Pakistan Naval Academy, Commodore Sohail Ahmad Azmie highlighted the quality training being imparted to Pakistani as well as friendly countries’ cadets at Pakistan Naval Academy. While addressing the commissioning term, comprising Jordanian, Qatari and 56 Royal Saudi Naval Forces (RSNF) and 102 Pakistani Midshipmen, the Commandant urged them to hold fast the ideals of honour, duty and loyalty to keep the nation’s interests first and foremost. 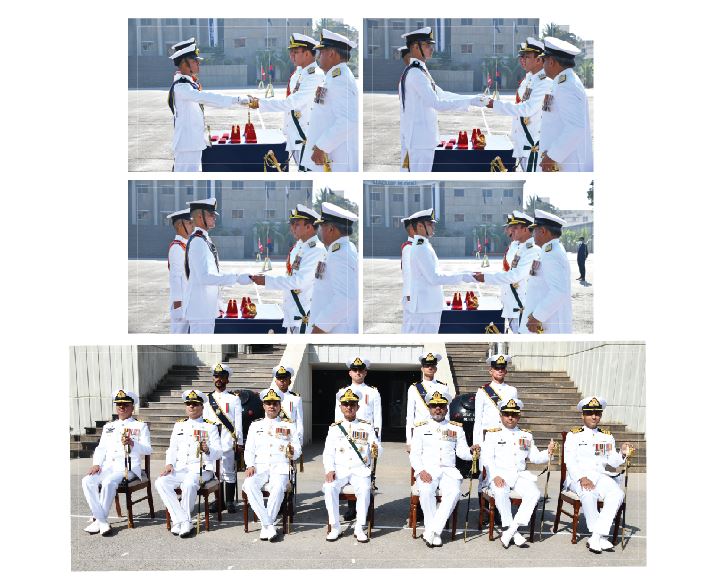