'Khel Khel Mein' Joins the List of Films that Make You Think!

A cinematic release that portrays the history in a comical yet thoughtful way.

Producer, Fizza Ali Meerza and Director, Nabeel Qureshi’s Khel Khel Mein is currently running in cinemas successfully and why shouldn’t it be, for it makes the audience wonder about a lot of things. Not only does it highlight the dilemma of those Pakistanis left behind in Bangladesh. 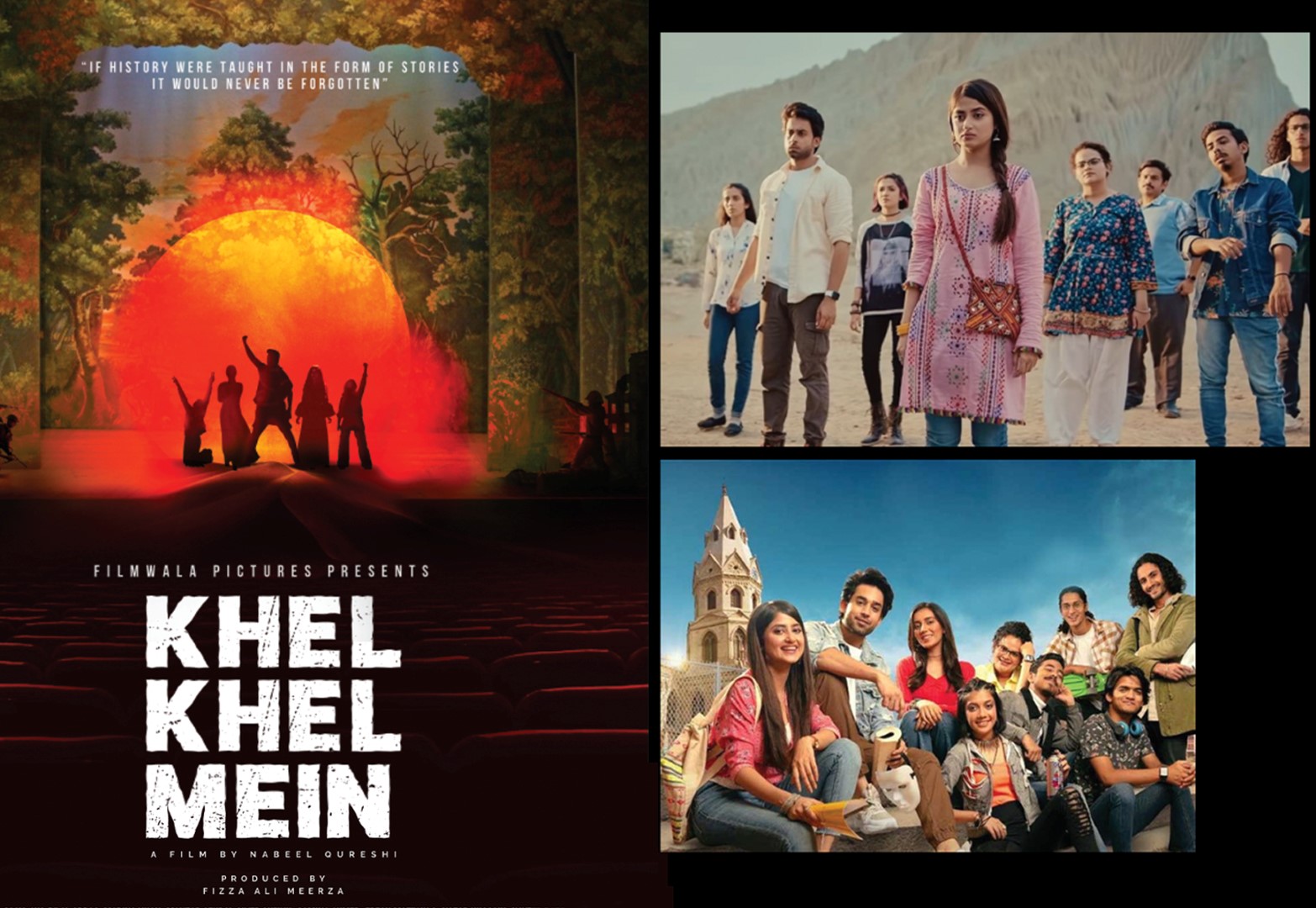 Khel Khel Mein makes the audience think about the tragedy of East Pakistan, which took place fifty years ago. If you try to figure out the last time a Pakistani film made you think, you might have to take a trip down the memory lane. So why not just go back a little further and highlight an important issue that has been ignored for fifty years. Khel Khel Mein does exactly that and makes you wonder about a lot of things that went wrong in the past. It will prompt the viewers to check the issue out that is not highlighted in the books and certainly not on film.
It’s All About Building Bridges and Closing the Gaps!
The story of Khel Khel Mein revolves around Zara (Sajal Aly) who lives with her army officer dad (Farhan Ally Agha), mother (Laila Wasti), and grandmother (Samina Ahmed); all she knows about her grandfather is that he was left behind in East Pakistan and hasn’t been able to contact his wife since. That’s why when Zara gets a chance to visit Bangladesh and perform in an intercollegiate play, she grabs it and without telling her friends goes out in search of her grandfather (Manzar Sehbai).
Does she accomplish her mission is something for the audience to find out, however, she and her friends (Bilal Abbas and company) win a lot of hearts with their performance in the school play, which deals with the unspoken heartache of losing an entire wing to violence. The film also deals with the Balochistan issue and shows India that whatever happened in Bangladesh was a mistake; their arch-rivals having learnt from that mistake will not be repeating it in Balochistan. Besides that, the film also shows the version of those who don't acknowledge Bangladesh as an issue and have forgotten about it as if it never existed.
Youngsters Bilal Abbas and Sajal Aly Steal the Show
The film starts with Bilal Abbas’s character, Saad (his first appearance in a film as the main lead), who is rich, confident, and friendly, yet his grades suggest that he needs to work hard. His life takes a 360 degree turn when he meets Sajal Aly’s character, Zara, and they decide to bridge the gap between Pakistan and Bangladesh by doing a play about Bangladesh, in Bangladesh. On paper, it doesn’t look like a feasible thing to do, something their teachers and parents agree to, yet it was more of a true calling for their characters who represented the youth perfectly.
Both actors were at their very best during their solo and combined scenes, and although their friendship was shown to be more platonic than romantic, it was exactly what the doctor ordered, for the film had another score to settle. They danced their hearts out, defended their ideologies whenever they had to and looked cool while going through the job, presenting themselves as the perfect role models for the younger generation. The actors who were cast as their friends and foes comprised mostly of newcomers (except Naveed Raza, Mojiz Hasan, etc.) and them being unknown helped them in successfully portraying their characters, be it those of an Indian, a Bangladeshi or a Pakistani.
Don’t be surprised to see Sheheryar Munawwar in a special appearance, for he and Manzar Sehbai pack a punch with their performances. Also, as many actors from the theatre community in Karachi get their break through films, and we have a movie that makes the audience think, boosts the morale of the newbie actors and entertains at the same time. 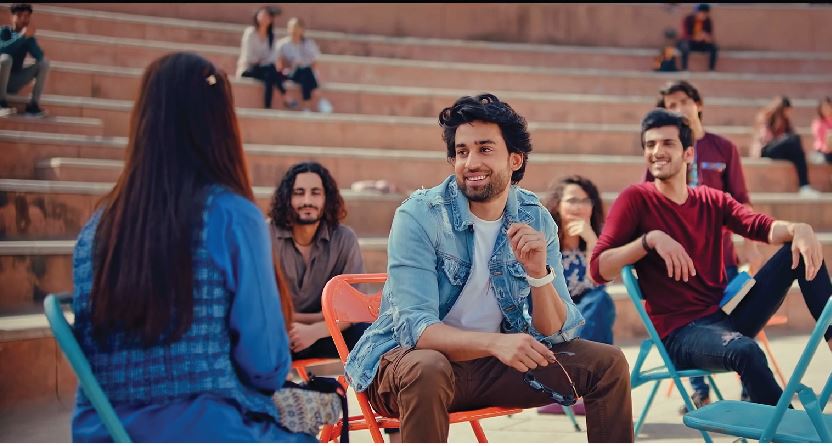 Finally, There is a Film to Counter the Jingoistic Content from Across the Border!
In Pakistan, all the recent big hits have been romantic comedies, including Fizza-Nabeel’s own films, however, to counter the onslaught of jingoistic junk from across the border, somebody had to step up and Fizza-Nabeel took the challenge. Not only did they mock the Bollywood portrayal of Pakistanis in their films in one of the scenes, they also gave a befitting reply to those flicks where Pakistanis are portrayed as the bad guys and the Indians are as huge as a superhuman. Khel Khel Mein also highlighted the fact that India was angry at being sandwiched between East and West Pakistan after independence, and thus that’s what prompted them to use the language card to create differences between the two wings.
Some criticized them for not taking a deeper look at the problem, but that’s not right. For one has to acknowledge the problem before taking a deeper look, and it has been fifty years since Pakistan took the decision to highlight a devastating incident. It not only paves the way for others to take the lead and explore the issue but also gives a hint to all those filmmakers out there who don’t believe their radical ideas can be screened in cinemas.
Why Khel Khel Mein Needs to be Taken Seriously
What makes Khel Khel Mein relatable to the audience is the fact that many of those who were around at the time of Bangladesh’s creation are either still around or have passed their experiences/stories to their next of kin. The untold and unacknowledged stories that survived for fifty years were finally brought on screen by the visionary duo of Fizza and Nabeel, who was responsible for the last decade’s film revival as well. They might not have crossed borders to shoot in Bangladesh but they certainly won over those who felt that what happened in former East Pakistan was wrong.
The film wouldn’t have been complete without highlighting the important issue of the stranded Pakistanis in Bangladesh because the same thing happened to the East Pakistanis who haven’t been able to return to their country after its independence. That issue is as common as the bond shared by the two countries and if this film is able to bring that issue to light, others can do similar stuff as well. For films are made so that the audience can think and Khel Khel Mein does exactly that.

The writer is a freelance journalist.
E-mail: [email protected]