The 94th anniversary of the founding of the Chinese Peoples’ Liberation Army (PLA) was commemorated at GHQ. Chief of the Army Staff (COAS), General Qamar Javed Bajwa, was the chief guest on the occasion. Ambassador of China to Pakistan, His Excellency Mr. Nong Rong, Defence Attaché, Major General Chen Wenrong, officials from the Chinese Embassy and officers from the tri-services of Pakistan attended the event. 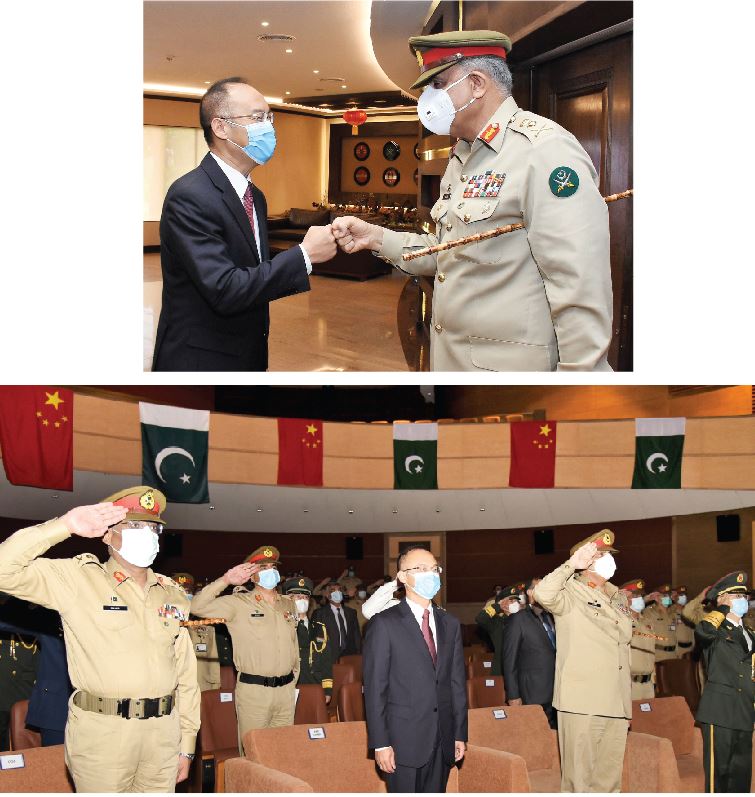 Speaking on the occasion, China’s Defence Attaché thanked COAS for hosting a reception on the eve of PLA’s 94th anniversary. Recalling the Chinese President, Mr. Xi Jinping’s view that Pakistan Armed Forces are the mainstay of Pak-China strategic relations, the Defence Attaché said China and Pakistan are iron brothers, all-weather friends and strategic partners. No matter how the world situation changes, we will always stand together in safeguarding our national sovereignty, territorial integrity and maintaining regional peace and stability. 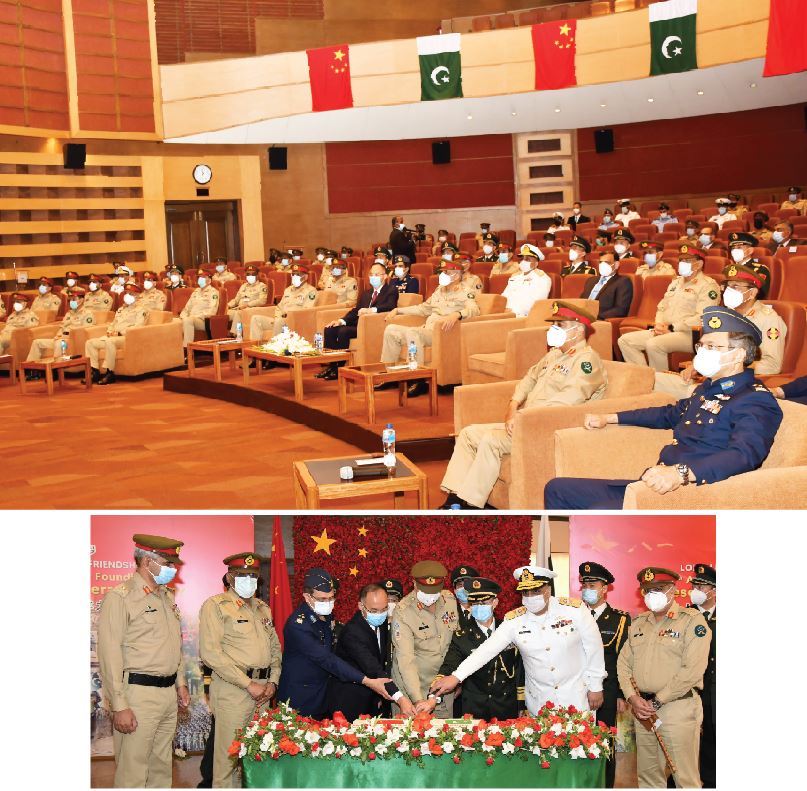 COAS felicitated PLA’s leadership and lauded their role in China’s defence, security and nation building. Highlighting various facets of the deep rooted ties between the two states, militaries and the people, COAS said Pakistan-China relationship is unique and robust, that has proven its resilience in the face of challenges. In the evolving security milieu, Pakistan-China partnership is becoming increasingly important for regional peace and stability. COAS said our past and present testifies that we have never given in to challenges. PLA and Pakistan Army are brothers in arms and our relationship will continue to contribute towards safeguarding our collective interests, COAS concluded.